Jessica Biessmann, who used to represent the … Alternative for Germany party in Berlin’s parliament, has been in hot water after photos showing the woman in front of bottles with portraits of the Nazi Fu[e]hrer on them. … 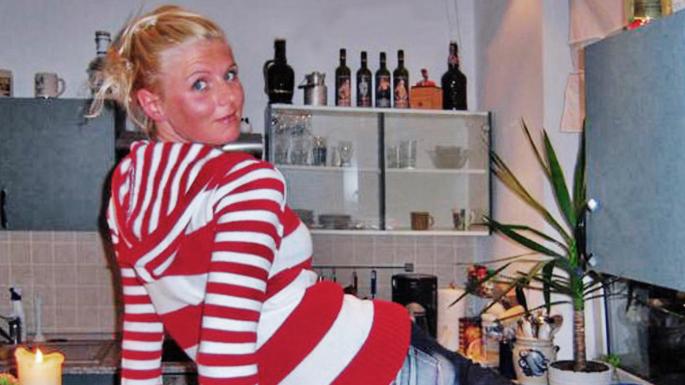 The compromising photos started circulating online in October. They showed the lawmaker lying on a bar counter with several bottles, which had Adolf Hitler’s portrait on them, in the background. …

The German media suggest that wine bottles with Hitler’s portraits and Nazi slogans used to be sold in Italy without any restrictions. In Germany, which is quite sensitive about its past, the distribution of such goods is outlawed, as well as any kind of Nazi propaganda and the spreading of symbols associated with the Third Reich.

The wine is produced by Italian winemaker Vini Lunardelli and is part of their “Historical Series”. The collection has wines named after dictators ranging from Napoleon to Hitler. The Hitler series, titled “Der Fuehrer”, includes both pictures of the dictator and Nazi slogans on bottles as well as pictures of other notorious [nazis] such as Rudolf Hess, Heinrich Himmler, Erwin Rommel and Sepp Dietrich.

In this video obtained exclusively by the World Jewish Congress, a wine store clerk in Northern Italy attempts to attack a woman who exposes on a camera that the store is selling wine with Hitler’s image. 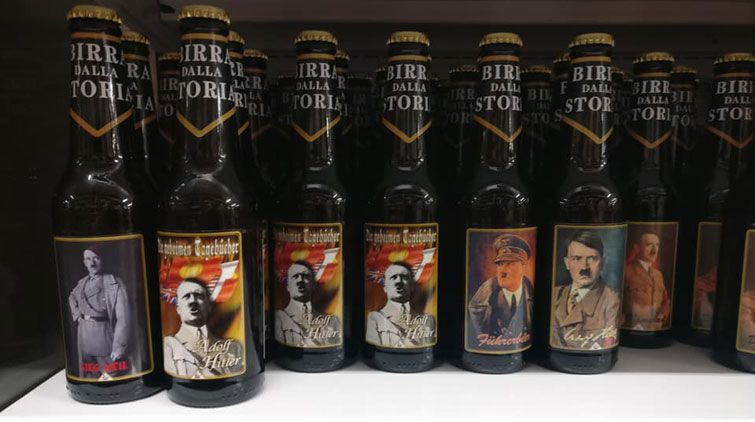 In Italy, Hitler beer is sold as well. 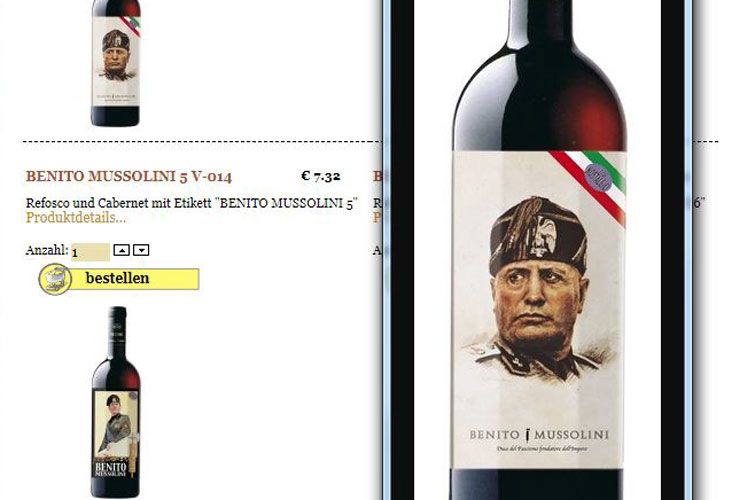 According to this September 2018 article from Austria (translated):

“My labels are very popular with Austrian tourists. Above all, they love the Hitler bottles. Austrians are among my best customers”, says the entrepreneur

from Italy who sells the fascist alcoholic drinks.

Ms Biessman[n], from the radical right, serves as [the AfD Berlin parliamentary caucus’] family policy expert. She has targeted the Islamic call to prayer, Germany’s “cuddly” justice system and migrant rescue ships in the Mediterranean.

The Berlin AfD now thinks Ms Biessmann’s bottles are bad public relations and have started a procedure against her. Meanwhile AfD leading politicians, far higher up than Biessmann, like Alexander Gauland and Björn Hocke, are very welcome in the party to whitewash Adolf Hitler and his murderous warriors.

Separately, daily newspaper Thueringer Allgemeine reports that a senior AfD member in Thuringia state quit after photos surfaced showing him posing behind a swastika tablecloth while visiting Hitler-related sites in 2015.