This 9 October 2016 video on a flock of starlings is called Hitchcock on Rügen.

In the morning we went to a wetland in the east of the island. As the 2018 summer had been dry in Germany, like in other countries, the land was not as wet as usual; probably meaning less water birds than usually.

There was a grey heron. A hooded crow. A great black-backed gull.

I arrived at Klein Zicker village.

In the afternoon, we went to the harbour of Sassnitz.

A decommissioned British submarine, HMS Otus, is now a museum in the harbour. 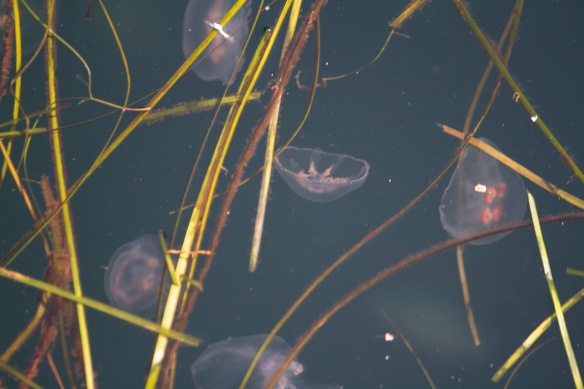 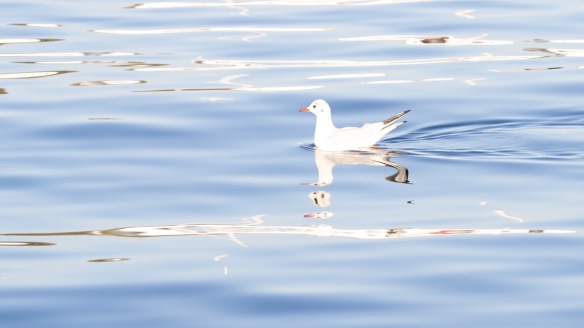 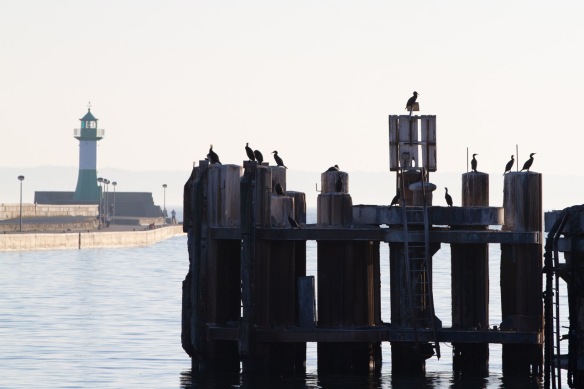 Great cormorants, like these ones, sometimes had to rest from swimming and diving, as, unlike other water birds, they have to dry their wings.

6 thoughts on “Birds and jellyfish of Rügen island”