This July 2011 video is about bad rainy weather in Jasmund national park near Lohme village on Rügen island in Germany.

After 10 October 2018 came 11 October for us on Rügen. The weather was pretty good then.

Many cranes had arrived from Scandinavia on their autumn migration. 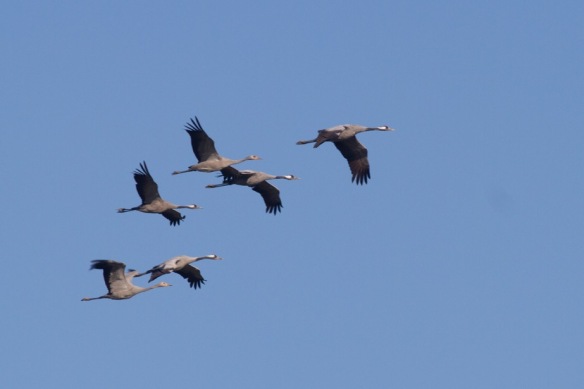 This photo, from near Bobbin village, shows two adult couples with each one youngster (still no red on the head). 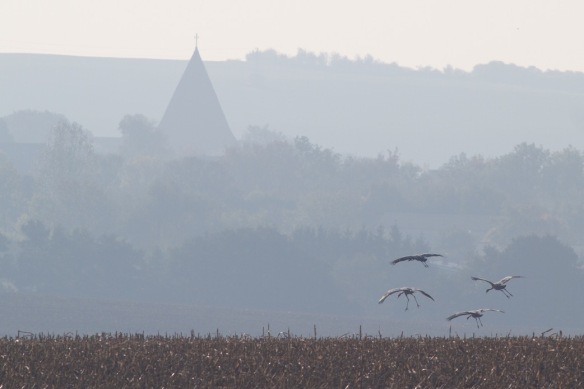 Many cranes resting or flying over the fields near Bobbin. Some gray lag geese as well. 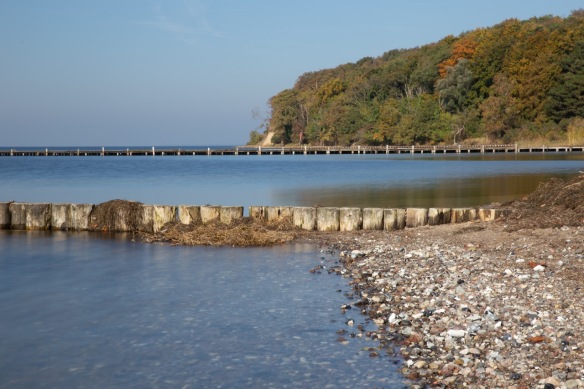 We continued to a sheltered Baltic sea bay.

Great black-backed gulls, herring gulls, black-headed gulls and a mallard on a causeway. 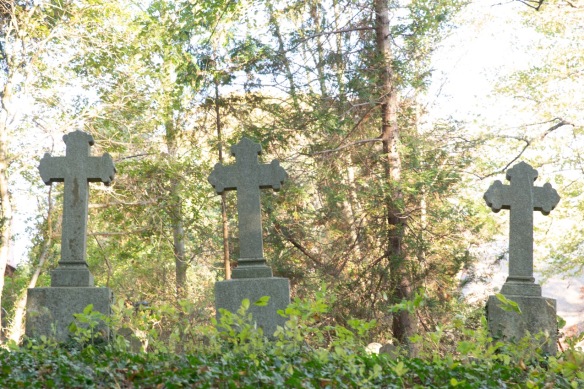 We continued to an old churchyard.

It is the churchyard of the Mary Magdalene Lutheran church in Vilmnitz village. This church is originally from the Middle Ages. 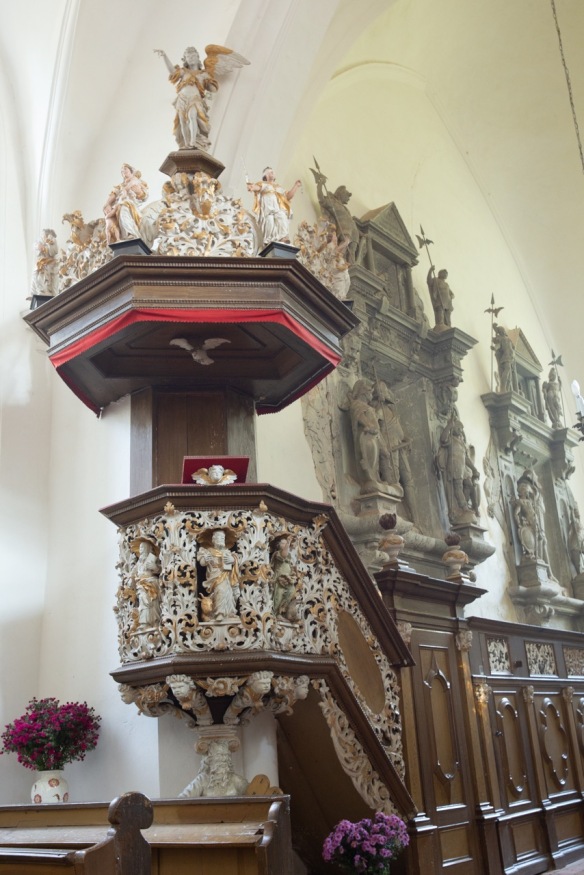 However, much of the interior is from the eighteenth century.

Outside, at the churchyard, nuthatch and jackdaw sound.

We continued, from medieval-eighteenth century buildings to the twentieth century: Prora.

Prora was built as a big 4.5 kilometer long complex along the beach, 1936-1939. Nazi Germany intended it as a holiday resort and as military buildings in wartime. In 1939, World War II broke out, with Prora still unfinished. It was never used as holiday resort, though it was used for Hitler’s military. 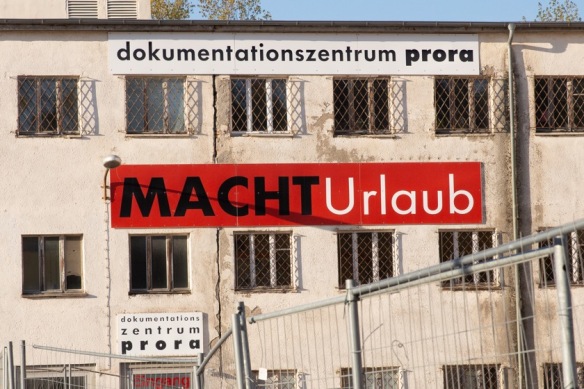 Now, one of the Prora buildings houses a documentation centre. The sign says: ‘Have a holiday’, in a rather military command tone.

Other parts of Prora are now being reconstructed. 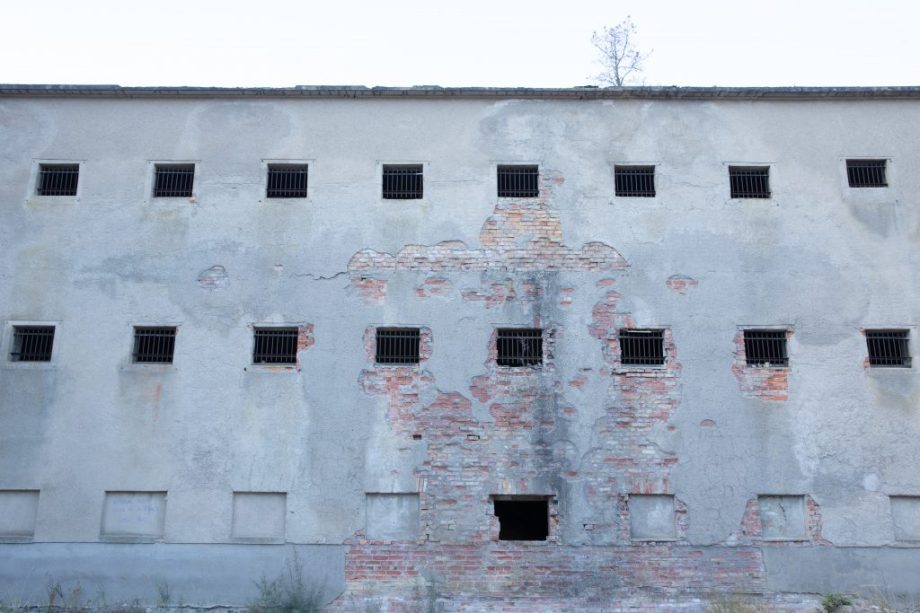 Still other parts are in ruins. 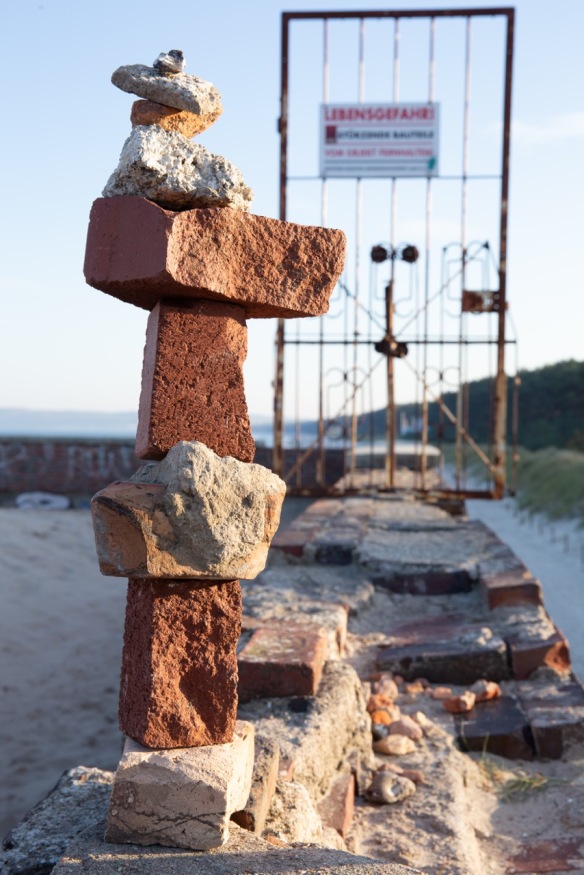 This sign, close to the coastal cliff, warns of mortal danger. 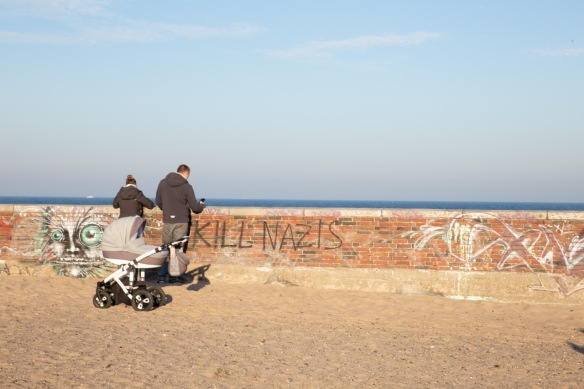 Fortunately, the swastikas and other Third Reich signs are gone. This recent graffiti points into another direction. 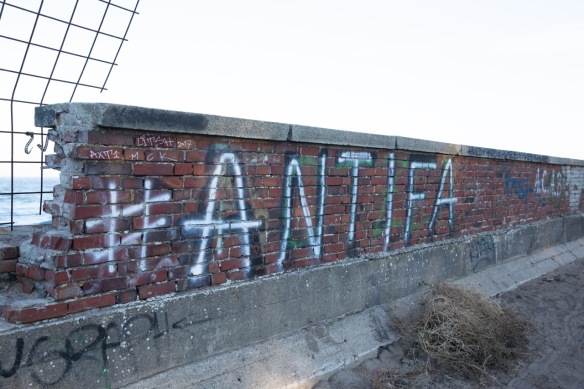 As does this recent graffiti about Antifa (anti-fascists).

This July 2014 video shows a hooded crow on a Rügen beach.

We ended 11 October 2018, however, not with hooded crows; but as we had started it, with cranes. 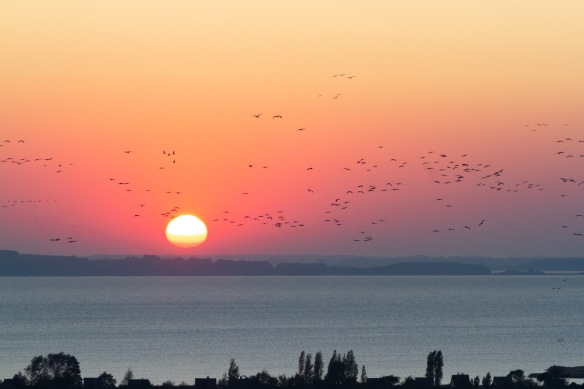 From a hill, we could see these cranes flying past the setting sun.

Stay tuned; there will be more Rügen on this blog!