“I had to sell my cell phone to pay for food”

José Antonio Rueda Bermudez, a former Amazon employee at the San Fernando de Henares fulfillment center outside Madrid, Spain, remembers the day he came home to find all of his family’s furniture in the street.

Weeks earlier, Rueda, his wife, and their now 10-year-old daughter had been forced to move in with relatives because they could no longer pay the rent in their own home. Since food was scarce, their relatives kicked them out.

“I had to sell my cell phone to pay for food”, Rueda told the World Socialist Web Site. “We had to call friends and family and ask them to keep our furniture and our possessions for us. We were in the street and we needed a roof.”

Family and friends have helped Rueda and his wife and daughter rent an apartment, but he does not know how long they can stay. “We won’t be able to stay here long”, Rueda said. “It is hard to find a place but we can’t live in the streets.”

In 2015, Rueda was injured at the Amazon fulfillment center where he worked as a contract worker through the US-based employment firm Manpower Group. Rueda’s job was to lift and move hundreds of heavy boxes each day, a tiring task that must be done quickly, with management looking over your shoulder to ensure maximum speed and efficiency. 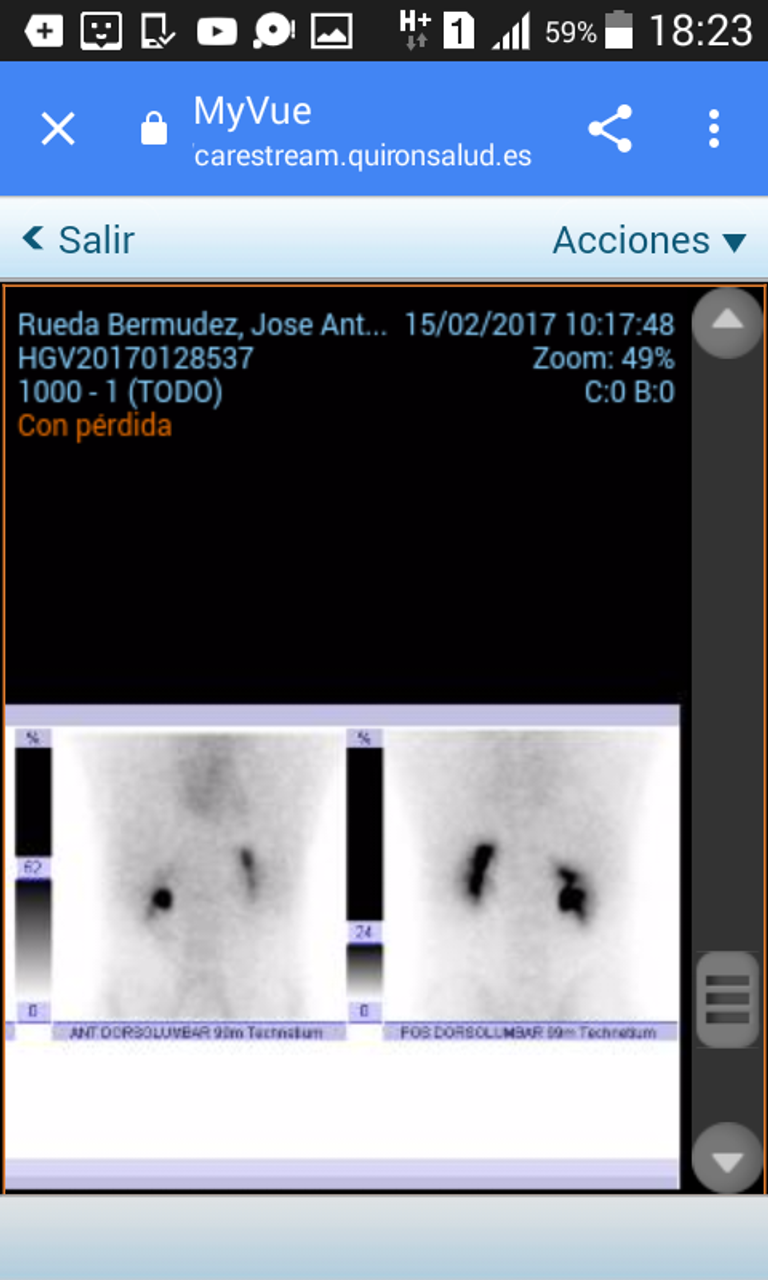 One day in July, Rueda was moving a box when he felt an excruciating pain slice through his body. Though he was only 28 years old at the time, doctors now tell him he suffers from chronic lumbago and chronic Sacroiliitis, an inflammatory condition that causes severe pain and will likely remain with him for his entire life. His job prospects are limited because he cannot stand on his feet for long periods of time.

The World Socialist Web Site first spoke to Rueda in June 2017. At that time, the WSWS reported that Amazon had fired Rueda for his injury and blamed him for it.

“They told me the injury was my fault”, he said. Amazon refused to pay for the medical care to which he has a legal right. “Now I’m not receiving a single euro—not for medicine, not for anything. … My life has been destroyed by Amazon.”

At the time of the first interview, Rueda was awaiting a February 2018 court date and hoped a judge would require Amazon to pay him for his injury. Rueda also filmed a YouTube video which he sent to the media and believed would attract press attention. …

In July, the unions held a three-day strike at the facility where Rueda used to work. … This did not stop the police from handling strikers with extreme brutality. Police beat workers with truncheons, causing one worker to bleed profusely from the face. Three strikers were arrested.

Rueda explained that he went to the fulfillment center on the day of the strike:

“I went down to the fulfillment center for the strike. Telemadrid and a number of other television stations were there and they began to interview me about my case. I told them about my injury and about how Amazon stopped me from receiving help for my work-related injuries. …

In the end, the TV channels didn’t report anything about my case. There are many powerful interests that want to keep my story secret. When the reporters sent the interviews with me to the station, they probably said, ‘This we cannot publish.’ I also sent letters to the major TV stations to ask them to report on my case and the injustice against me. Nobody published anything.”

Rueda has also lost faith in the judicial process. When he went to court in February 2018, he got a lesson in how the courts make it impossible for the working class to address its grievances.

In the courtroom, Rueda presented his paperwork to the judge. He kept diligent records of his injury and had confidence that justice would be done. But Amazon’s lawyer argued that Rueda did not work at Amazon and did not deserve any money.

Rueda recounts, “When Amazon’s lawyer said this, the judge at first accepted it as true and suspended the hearing. Then my lawyer corrected Amazon’s lawyer and said the injury did happen at Amazon. At this point, the judge kept the case going, but even though there was apparently a ruling in my favor, it will now be eight to 12 months before I get another update on my case.”

“The government doesn’t want the justice system to work for the workers. If it is cheaper for the companies for you to die, then you die. They will not pay you what they owe.”

Ignored by all official channels of communication, Rueda sought to use Facebook to publish his story. He used a Facebook account with a different first name so he could avoid retribution from Amazon and the courts. But one day when Rueda went online to share his story with other groups of workers, he found he had been barred from using his Facebook account.

“Facebook blocked me. They asked for my national ID and my personal information. They wanted me to scan documents and I did not want to do this so they blocked me. They did not let me get into my account.”

While Rueda and his family face possible homelessness, Amazon and its CEO, Jeff Bezos, are hoarding unprecedented levels of cash. Earlier this year, Bezos’ net worth hit $150 billion—the product of hyper-exploitation of workers like Rueda. Each second, Bezos makes $2,950, more than the annual salary of an Amazon worker in India. If Bezos’ wealth were divided evenly among all Amazon workers, Rueda and his coworkers would receive checks for $300,000 each.

At times, Rueda has felt discouraged over the fact that everyone from the unions to the media to the political parties has told him they will do nothing on his behalf. He worries about his daughter’s future and cannot afford to wait another year for the money he deserves.

“I see her story and she puts herself in defense of us”, Rueda said, referencing Allen’s specific appeal that American workers defend striking Amazon workers in Spain. “You see her talk about her health, her economic situation, the way they threw her out like garbage, and that nobody helped her—it hurts me”, he continued.

“You go work for Amazon and then you see the reality. …”

He said watching the video and speaking to the International Amazon Workers Voice made him realize something:

“My problem is not an isolated problem. When they leave you in a very precarious situation, when they take your house, your necessities, when you don’t have money to go to the doctor and you can’t work because of your injuries, you have to fight. Some workers are afraid and not everybody fights at first. The companies play us against one another. But if there was unity among workers, everything would change.”