This 4 August 2018 video from Venezuela says about itself:

In a televised national address late Saturday, Maduro said he was fine and laid blame for the attack firmly at the feet of “right-wing imperial forces” who he said had hired the would-be assassins.

Venezuelan President Maduro says he has survived a murder attempt. While the president spoke at a major military ceremony in the capital Caracas, several explosives went off. Seven soldiers were injured according to the government. They were taken to a hospital.

Maduro appeared 2.5 hours after the events on television. He said that several suspects have been arrested. He said they have extreme right-wing sympathies and cooperate with Colombia

and the United States.

of Donald Trump, who has openly threatened a military invasion of Venezuela.

Some right-wing sources suggested that Maduro’s claims on an attempt on his life were supposedly lies. On 7 August 2018 the pro-NATO organisation Bellingcat confirmed it was indeed an attempt on Maduro’s life with drones. 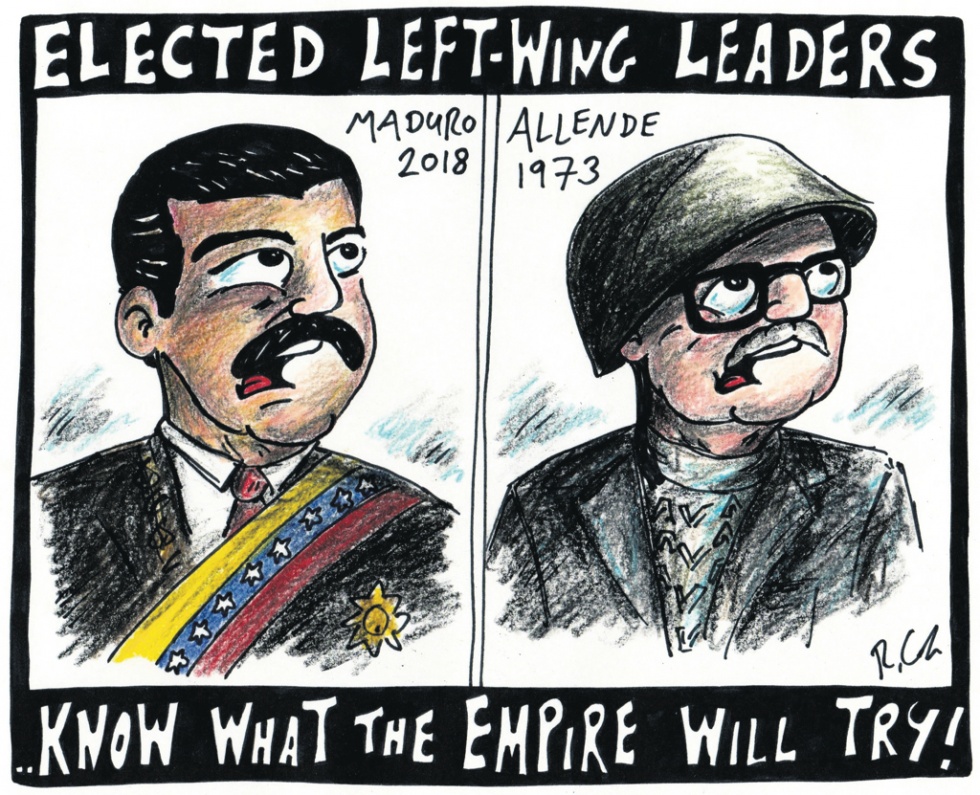