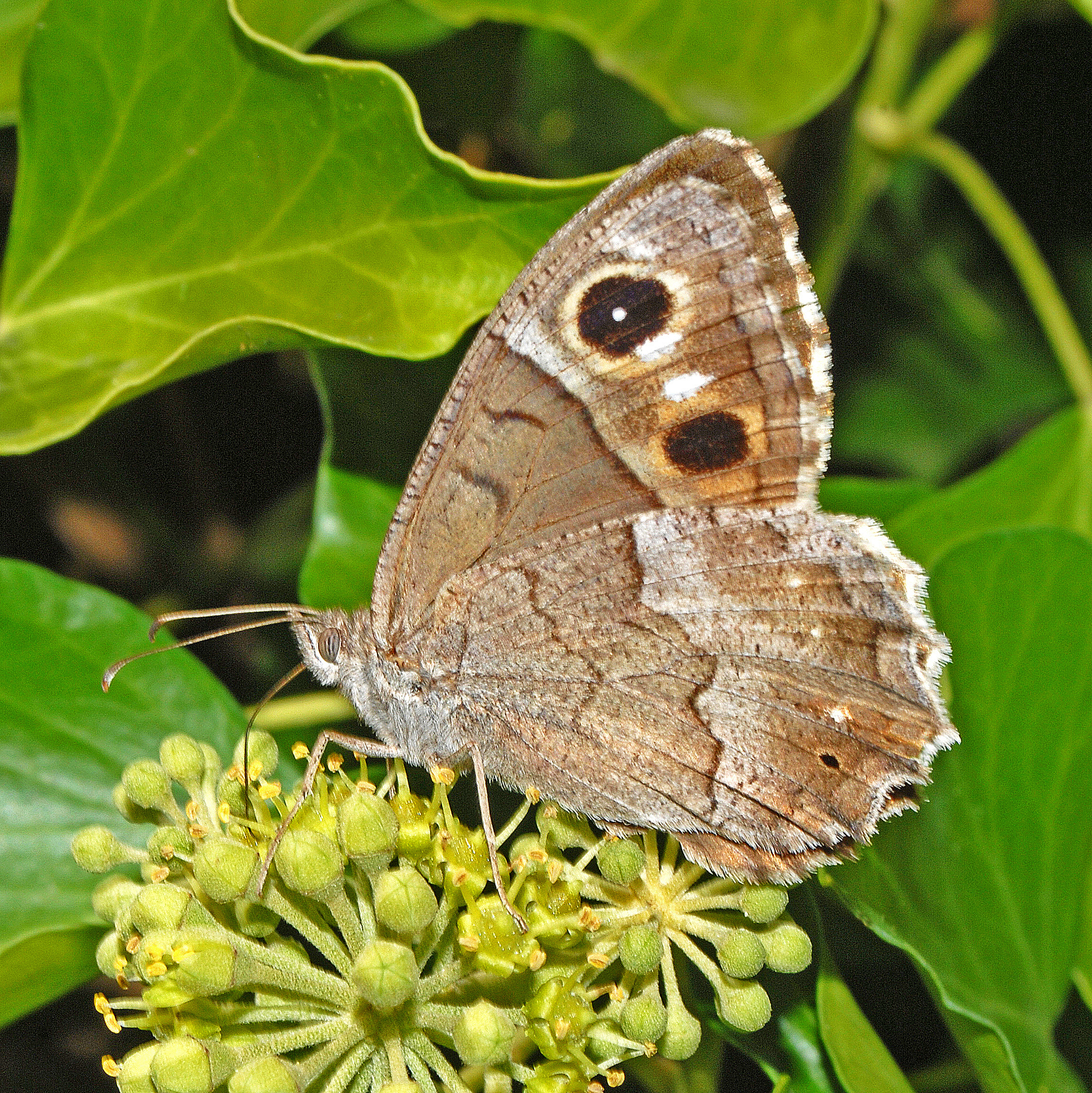 In the Netherlands, and in all of north-west Europe, this species lives only in one area: the Kootwijkerzand sand dunes.

Tree grayling butterflies usually don’t mind drought. Their favorite habitat, dry drift sand, consists of bare sand, poor open grasslands with the host plant [for their caterpillars] grey hair-grass, in a few places bits of heather and a single tree. During the day it easily gets 40 degrees there and because of the big radiation it can be freezing at night, even in summer.

So, tree grayling butterflies are lovers of extremes and also of drought, but things can go too far. Due to the long-term drought of 2018, we see that almost all heather is dried up and hardly or not in bloom. Heather is the main source of nectar for the butterflies and without nectar they can fly much less and reproduce much less. In addition, the butterflies will roam away from the heathland. Hoping to find flowering plants somewhere they will fly out of the Kootwijkerzand. There are already frequent reports of rock grayling, sooty copper and silver-spotted skipper butterflies from gardens and city parks. The tree grayling [adults] will appear in the coming weeks. The fear exists that, like the rock graylings, it will move away from its habitat. …

Meaning the tree grayling butterflies will not find grey hair-grass to lay eggs on; so, they will not reproduce.

That is why the Butterfly Foundation and the Forest Department decided to temporarily place (probably for a week or three) nectar parks. In these places mortar tubs have been placed containing all kinds of flowering plants. There is European goldenrod, devil’s-bit, pigeon’s scabious, thyme, brownray knapweed, blue button, bird’s-foot trefoils and even butterfly-bushes. …

Nectar parks are surrounded by a grid, because otherwise they will probably be eaten by deer the first night. We will regularly check whether and which butterflies visit the flowers and we will also have to water regularly to ensure that the plants continue to flower.