PARIS is to honour Lesbians & Gays Support the Miners (LGSM) founder member Mark Ashton, who paved the way for gay rights to be adopted by Britain’s trade unions. 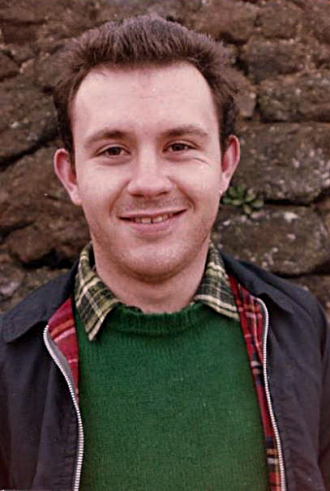 The council of the French capital’s fourth arrondissement, a sector which includes the gay village Le Marais, is set to commemorate Mr Ashton as “a role model for young people” after Communist Party councillors proposed a street or public place be named after him.

The former general secretary of Britain’s Young Communist League played a key role in building support for Britain’s striking miners among the gay community during the 1984-1985 dispute.

Deputy mayor Evelyne Zarka, who moved the motion, was inspired after seeing Mr Ashton’s story in the film Pride, which she said made her laugh and cry.

Ms Zarka said it was the action of Mr Ashton and his comrades that had advanced the cause of gay rights, leading to its adoption as policy by the British labour movement.

“His strength, his humanity and his courage make him a source of inspiration. The French Communist Party and especially this part of Paris value highly Mark Ashton and his fight”, she said.

French communists have pledged to preserve Mr Ashton’s memory and would link it to their fights against homophobia and HIV, stressing the importance of connecting struggles.

“I hope our generation will find a way to bring an end to homophobia and HIV in order to give our children a better world to live in”, said Ms Zarka.

Mr Ashton died due to an illness contracted while HIV positive in 1987. He was aged just 26.

FORMER Young Communist League general secretary Mark Ashton has been honoured after a Paris garden was named in his memory earlier this week. The garden of the Hotel-Lamoignon was renamed after the founder of Lesbians and Gays Support the Miners — subject of the hit movie Pride — in a ceremony on Tuesday: here.