This video from China says about itself:

As this blog told you, on 3 April 2018 we were at Pamuling Tibetan Buddhist monastery on the top of Pamuling mountain in Sichuan, China. Outside the monastery were many birds, like this buff-throated partridge.

Which came much closer than the bird on the video; the local monks feed the birds. 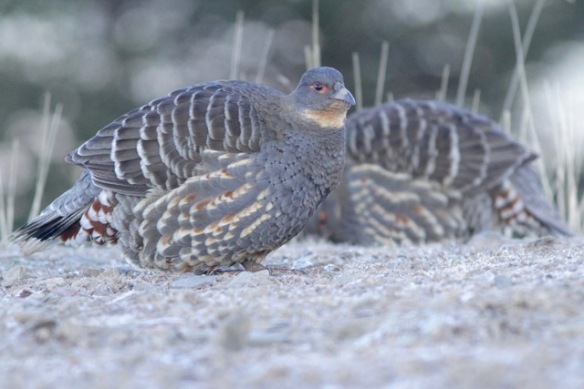 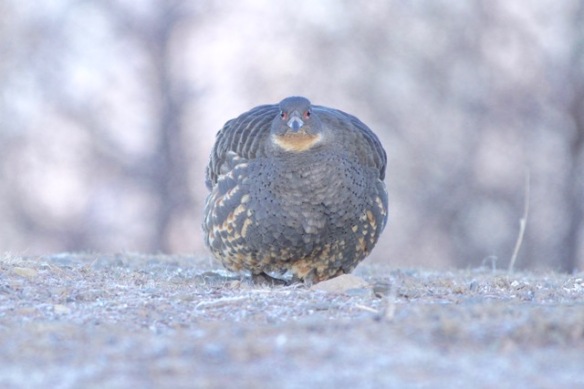 Besides this buff-throated partridge, Chinese white-browed rosefinches were also present.

Soon, these blood pheasants arrived. The female on the left, the male on the right.

Later, a blood pheasant went looking for food in the monastery’s inner courtyard. 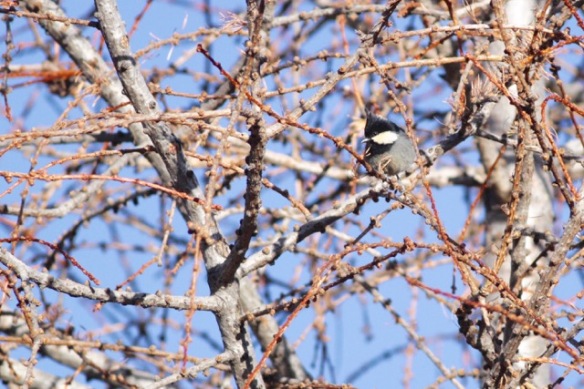 This rufous-vented tit was on a tree.

And this orange-flanked bush robin on another tree.

Near the monastery were two pigeons. They looked much like domestic pigeons; or like rock pigeons, the wild ancestors of domestic pigeons. However, they were hill pigeons: a related similar species, more adapted to mountains.

Stay tuned, as there will be more Pamuling birds on this blog!