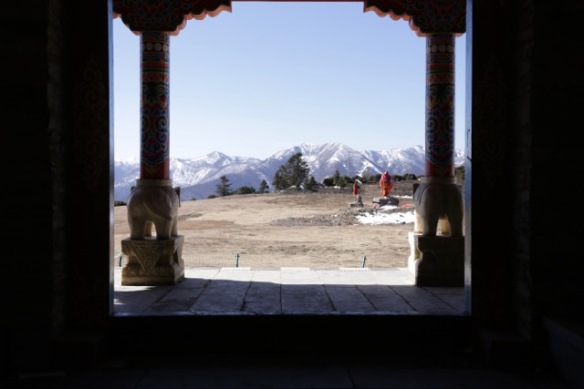 As this blog blogged earlier, on 2 April 2018 we arrived in Pamuling village in Sichuan, China. The next day, 3 April, we went up a dirt road to the about 4,000 meter high summit of Pamuling mountain. On that rather flat summit is the about 900-years old Tibetan Buddhist Pamuling monastery. The photo shows the view from a monastery gate to the immediate surroundings and the snowy mountains beyond.

The photo also shows a bit of the elephant sculptures at the gate; about which more later. 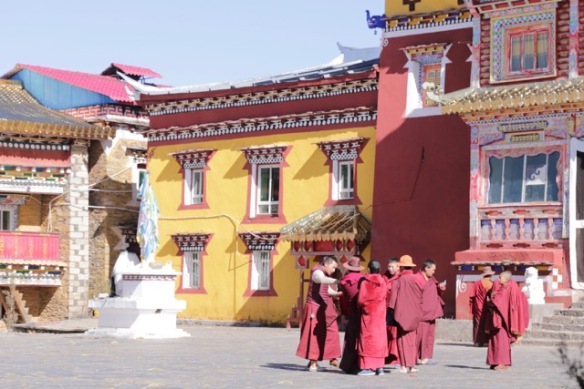 This photo shows some of the monastery’s monks at the inner courtyard. 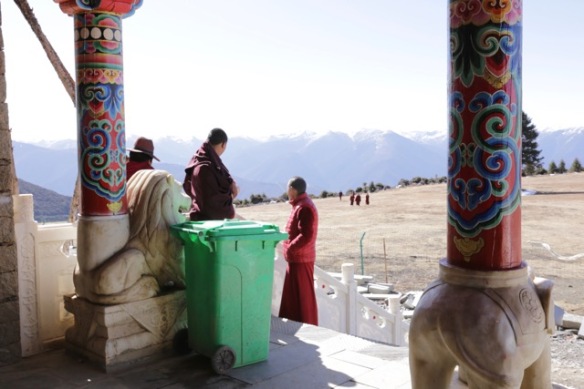 This photo shows monks, and also a lion sculpture and an elephant sculpture. Lions live only in Africa and a small part of western India. If often strikes me that lions depicted in coats of arms etc. in countries where no lions live, whether in England or the Netherlands or Indonesia or Tibet, somehow don’t look realistic. 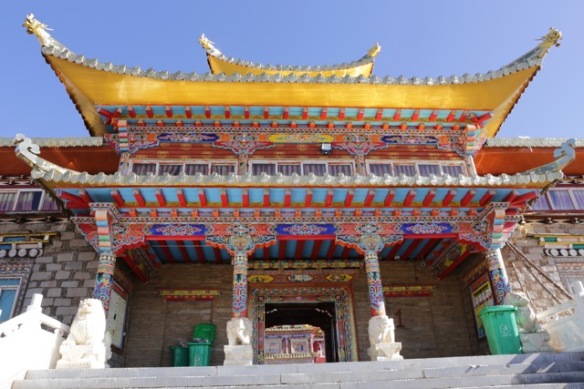 This photo shows the lion and elephant sculptures from outside the monastery. 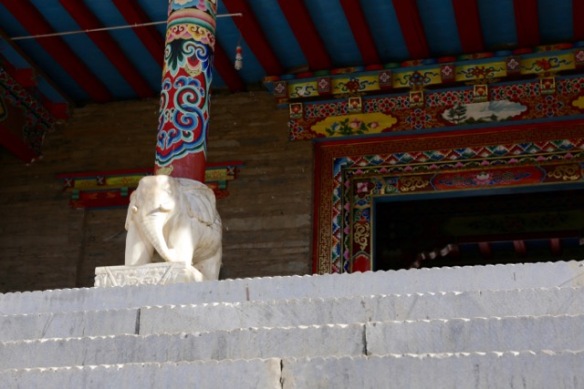 It was not easy to photograph the elephant sculptures: as they are white and there was blaring sunlight.

There are quite some birds around Pamuling monastery. The monks feed them. These birds will be the subject of a later blog post.