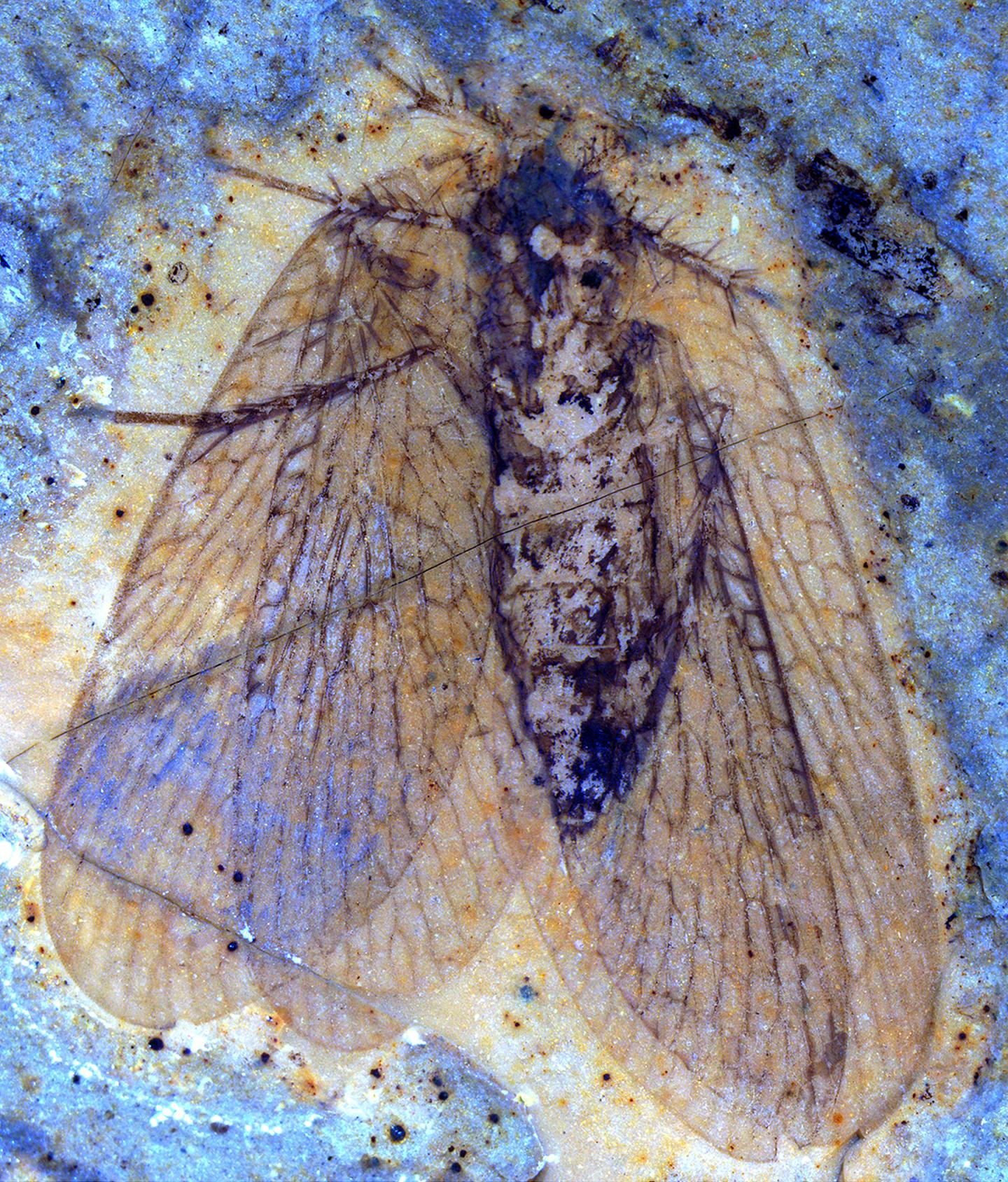 From Simon Fraser University in Canada:

“We’ve seen this connection before through fossil plants and animals, but these insects show this in a beautiful way”, says Bruce Archibald, a research associate in SFU’s Department of Biological Sciences and the Royal BC Museum. “They are so much alike that only the wing colour of the new McAbee species tells them apart.” Archibald and Alexandr Rasnitsyn, of Moscow’s Russian Academy of Sciences, described the find and its significance in this month’s The Canadian Entomologist.

“I’m not aware of any case where two such species so much alike and so close in age have been found in both Pacific Russia and Pacific Canada, and that’s pretty great”, said Archibald. He notes that the insect’s only living relative is found in the temperate forest of central Chile, which has a climate that is similar in ways to B.C.’s 53 million years ago.

The new Canadian species was named Eomerope eonearctica, and its Russian doppelganger is Eomerope asiatica, described in 1974. The McAbee fossil site has been designated a provincial heritage by the province of B.C. for its spectacular fossil record. Archibald and Rasnitsyn also described a second new scorpionfly species that was found near Princeton, B.C.