Tory minister dodges questions on why Russians donate to his party

A Tory minister has dodged a question asking him why Russians donate to his party and what they expect in return.

The Conservatives have received more than £820,000 in political donations from Russian oligarchs since Theresa May became Prime Minister.

This includes a £30,000 from the wife of a former Putin crony to dine with the defence secretary. The widow of the murdered spy Alexander Litvinenko called on the Tories to return the donations telling the Prime Minister: “You need to be very careful who you are friends with.”

Transport secretary Chris Grayling was representing the government on Question Time. But he ignored the question posed by presenter David Dimbleby who asked: “The point is why do they want to give money to the Tory Party, what do they get back from giving money to the Tory Party?” Mr Grayling replied: “You can’t accept money from people who are not UK citizens or UK businesses.” Russia Today presenter Afshin Rattansi hit back saying: “The wife of the former deputy finance minister, Putin’s former deputy finance minister Lubov Chernukhin at a fundraising event for Gavin Williamson, the defence secretary of this country who protects national security in this country.”

Earlier this week Jeremy Corbyn was accused of politicising the Salisbury poison attack for criticising Russian donations to the Tory Party. He told the House of Commons: “We’re all familiar with the way huge fortunes, often acquired in the most dubious circumstances in Russia, sometimes connected with criminal elements, have ended up sheltering in London and trying to buy political influence in British party politics”, he said.

“Meddling in elections, as the prime minister put it, and there has been over £800,000 worth of donations to the Conservative Party from Russian oligarchs and their associates.”

This evening Chris Grayling had no answer as to why those oligarchs are so keen to donate to the Conservatives. Instead he parroted the line about his party following electoral law saying: “We have clear rules about political donations, we follow those rules, they are properly scrutinised.”

He was interrupted by Afshin Rattansi who said: “This is the wife of the former deputy finance minister, where do you think she got the £30,000 to give the defence secretary?” The Daily Mirror reported last month that the Tories had accepted £30,000 from the wife of a former crony of Vladimir Putin to dine with the Defence Secretary.

Though the British Conservative government gets lots of money from Russian oligarchs, their favourite way of distracting from their own disastrous policies is Russia-bashing.

FRANCE has been knocked into shape by its Nato allies, joining Britain, the US and Germany in declaring Russia “culpable” for the nerve agent poisoning of Sergei and Yulia Skripal in Salisbury.

Media abuse of Macron has subsided now that he is on board, but there is no end to the pursuit of Jeremy Corbyn for his serious, balanced and level-headed response to May’s declaration of Moscow’s guilt.

The Labour leader didn’t say Moscow wasn’t responsible. Like the French president he thought it reasonable that allegations might be backed by a modicum of proof.

For that he was denounced by the Daily Mail as a “Kremlin stooge”, called a “Putin puppet” by the Sun and sneered at by Guardian sketch writer John Crace as someone who could be persuaded “the Skripals had deliberately managed to poison themselves purely to worsen relations between the two countries.”

Why did none of Britain’s mass media echo the scepticism of Irish Times former Moscow correspondent Seamus Martin, who documented his efforts 25 years ago to monitor possible illegal export of novichoks and other chemical and biological weapons from the wreckage of the Soviet Union?

He pointed out that double agent Skripal is in Britain as part of an official spy-swap deal with Russia and Moscow’s involvement in “such a vicious attack” would jeopardise future exchanges.

Former British ambassador to Uzbekistan Craig Murray also questions government statements, suggesting novichoks can be “manufactured from common ingredients on any scientific bench”, that the programme was based in Uzbekistan not Russia and that its legacy was inherited by the US during its alliance with President Islam Karimov.

The Morning Star cannot evaluate Murray’s assertions, but, at the very least, they should give pause for thought rather than blind acceptance of the official line.

Media abuse and sarcasm can create a spectacle, but they can’t hide the reality that our government did not offer concrete proof or send samples of the nerve agent to the Organisation for the Prohibition of Chemical Weapons or even Moscow before May and her parliamentary supporters declared Russia guilty.

That is a possibility but not the only one and Corbyn adviser Seumas Milne was surely correct to refer to “a history in relation to weapons of mass destruction and intelligence which is problematic, to put it mildly.”

The Mail gasped in horror, claiming: “Spin doctor says our spies cannot be trusted”, perhaps forgetful that it also questioned the MI6 “dodgy dossier” spun to justify Britain joining the 2003 illegal US invasion of Iraq.

Milne suggested too that Corbyn “has proved to make the right call time and again over the last 15 to 20 years” on international crises when nameless others made wrong calls with “disastrous consequences”.

As if to make his case, New Labour’s walking dead, knee deep in the blood of a million Iraqis killed during the invasion they backed and subsequent conflict, offered unqualified backing to the Tories in the Commons and an early day motion.

No proof needed, the bugle has sounded, tin hats on and salute the flagpole.

This is the knee-jerk reaction on which Tory governments traditionally rely to pull their chestnuts from the fire when under the cosh politically, as this one is, for its failures to defend the NHS, promote economic investment and protect living standards.

Why are New Labourite backbenchers so determined to display their preference for May’s “back to the cold war” appeal over their own leader’s more statesmanlike stance?

HUNDREDS of military personnel responsible for the detection of chemical weapons were axed by the [British Conservative] government back in 2011 and now it’s forking out £48 million for a new defence centre: here.

Right-wing journalists care desperate for a new ‘red scare’. Opposition to Reagan and Thatcher‘s 1980s revival of the cold war was huge, writes SOLOMON HUGHES. So why is the media pretending otherwise?

The campaign over the Skripal poisoning: An international war provocation: here. 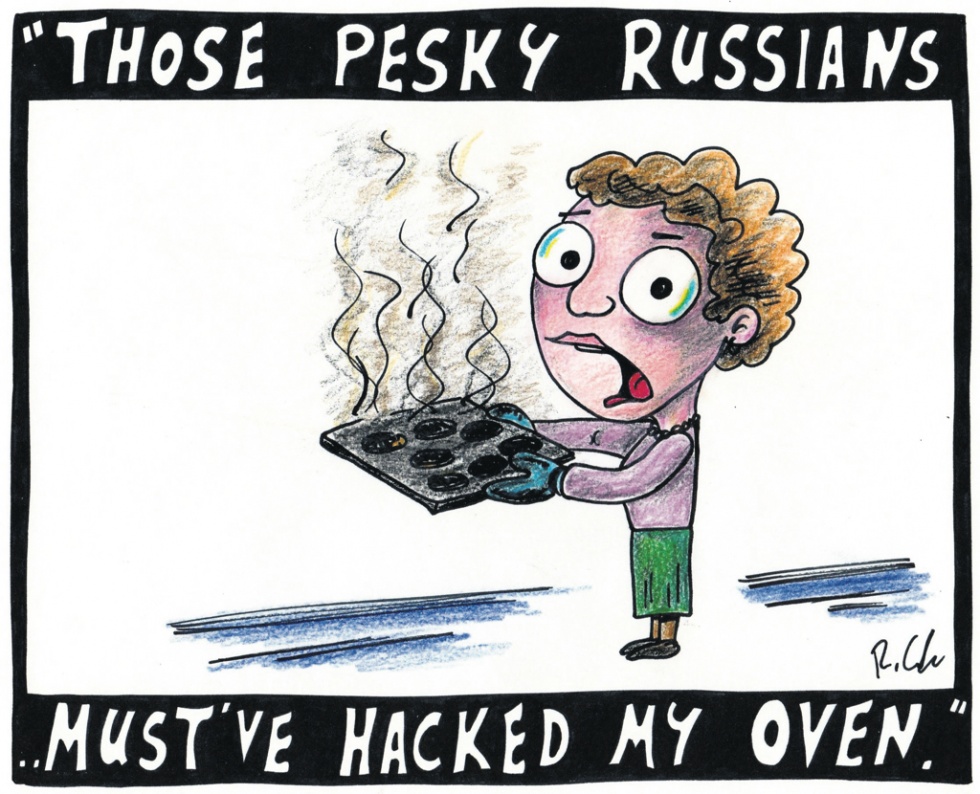