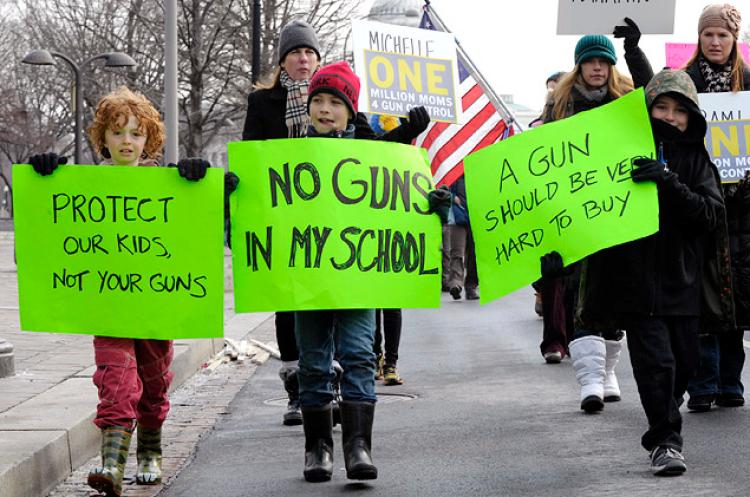 All over the USA, students demonstrate against gun violence. Will they prevail? Or will Donald Trump, other Republican (and corporate Democrat) politicians, who claim the solution is supposedly more guns, prevail?

Broward County, Florida school board officials have authorized police to conduct real-time monitoring of students in school via video surveillance cameras. The action is one of a number of new police measures being instituted nationally in what President Donald Trump called the “hardening” of schools in the aftermath of the mass shooting last year in Parkland: here.

Since 1999, 10,000 additional police officers have been placed at schools, with no impact on violence. Meanwhile, about one million students have been arrested for acts previously punishable by detention or suspension, and black students are three times more likely to be arrested than their white peers, says policy analyst Samuel Sinyangwe.

SHARMINI PERIES: It’s The Real New Network. I’m Sharmini Peries coming to you from Baltimore. The tragic shooting at a high school in Parkland, Florida has ignited a national discussion about gun control and school safety. The suspected shooter, white supremacist Nikolas Cruz was trained in the army’s Junior Reserve Officers’ Training Corps Program, where the US military officers taught him to shoot rifles at targets as small as a coin.Cruz, a violent racist who in social media messages fantasized about murdering black people, Mexicans, and gay people, used…