This 17 February 2018 video from the USA says about itself:

Emma Gonzalez, a senior at Marjory Stoneman Douglas High School who survived Wednesday’s mass shooting, gave a blistering speech at an anti-gun rally on Saturday about the politicians complicit in the murder of her classmates.

It was yet another reminder that the teenagers and children who grew up in the shadow of school shootings (and the 150,000 who survived one) are more practical—and less tolerant of empty rhetoric—than the adults who are supposed to protect them.

Gonzalez had no use for crocodile tears from President Trump, who was in Florida on Friday to offer his condolences (and, reportedly, to drop by a Studio 54 theme party at Mar-a-Lago):

“If the president wants to come up to me and tell me to my face that it was a terrible tragedy, and how it should never have happened, and maintain telling us how nothing is going to be done about it, I’m going to happily ask him how much money he received from the National Rifle Association. But hey, you want to know something? It doesn’t matter, because I already know: $30 million. … To every politician who is taking donations from the NRA, shame on you!”

The first funerals were held Thursday and Friday for several of the 17 students and staff killed in the horrific massacre at Marjory Stoneman Douglas High School in Parkland, Florida: here.

I have a modest proposal to combat gun violence and the NRA. And it, erm, involves Muslims. 🙂
My new @theintercept column:https://t.co/NwsO2OKS8M pic.twitter.com/kCDVxMcICj

Florida school shooter Nikolas Cruz made anti-Semitic and other racist comments in a private Instagram group chat. He wrote in the group chat that he joined around August 2017 specifically that he hated “jews, ni—ers, immigrants,” and showed that he had an obsession with violence and guns, CNN first reported on Saturday. Read more here. 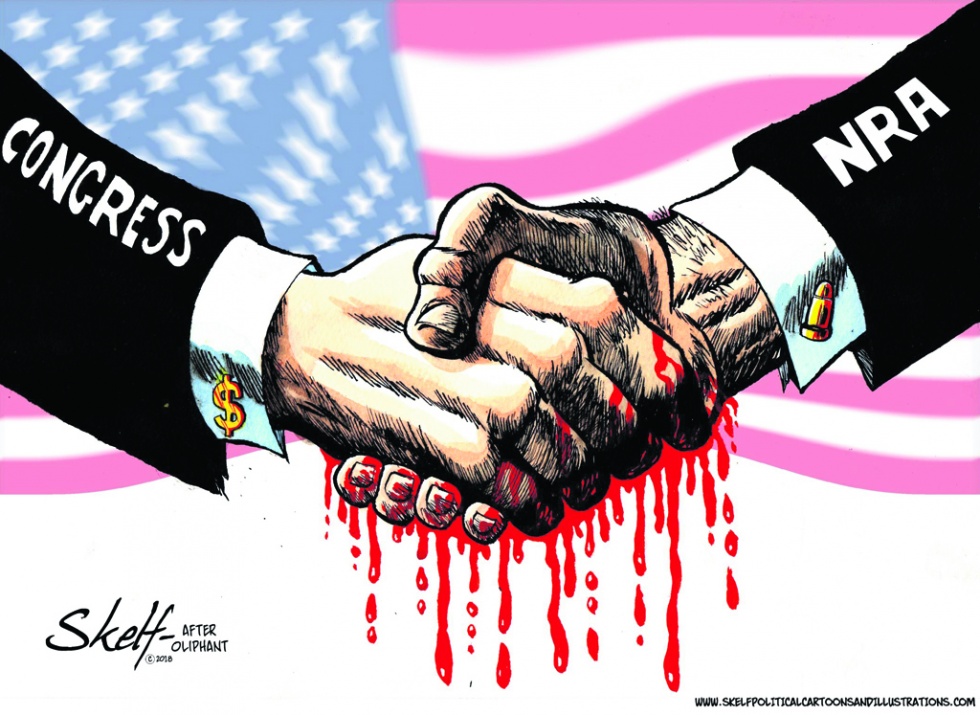