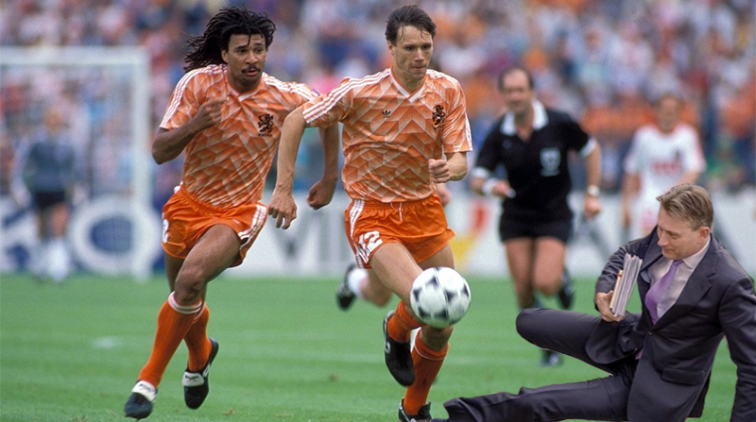 This photoshopped picture shows Dutch politician Halbe Zijlstra, supposedly present at a match of the Dutch national football team. This picture and many similar ones mock Zijlstra about lying that he supposedly met Russian President Putin.

He resigned because of a scandal: the lies which he told about supposedly meeting President Putin at Putin’s dacha (second home) in 2006, when Zijlstra was a Shell employee.

Putin supposedly then, according to Zijlstra, said he wanted a ‘Greater Russia’, consisting of ‘Russia, Belarus, Ukraine and the Baltic States, and Kazakhstan was nice to have’.

Yesterday, Minister Zijlstra admitted he had lied: he had never met Putin. However, he apparently had thought this lie would do well at the congress of his party to incite delegates into demanding spending more taxpayers’ money on war, leading to more profits for merchants of death corporations.