This photo shows a decades old Dutch cigar box, of the brand Karel I. The upper left corner of the box says ‘Hofleverancier’, meaning that this cigar factory had a royal warrant of appointment. The factory does not exist anymore.

Karel I is the Dutch name for Charles I, king of England (1600-1649); depicted on the case. The cigars were named after that monarch as he encouraged smoking because he could get money from taxing it. Charles I’s father, King James I, had hated tobacco.

In the 20th century, Dutch school children were asked a question, to which the correct reply was King Charles II. One pupil replied: ‘Karel I’. The teacher said: ‘Wrong. Karel I is a cigar’. Another pupil said: ‘Karel de eerste’ (=King Charles I; in Dutch one should name him ‘de eerste’, ‘the first’. Saying ‘I’= ‘one’ like the first pupil did was grammatically wrong for a prince’s name). The teacher said: ‘Wrong. Karel de eerste was de sigaar, as he was beheaded.’ In Dutch the saying ‘was de sigaar’ means ‘became a victim’. 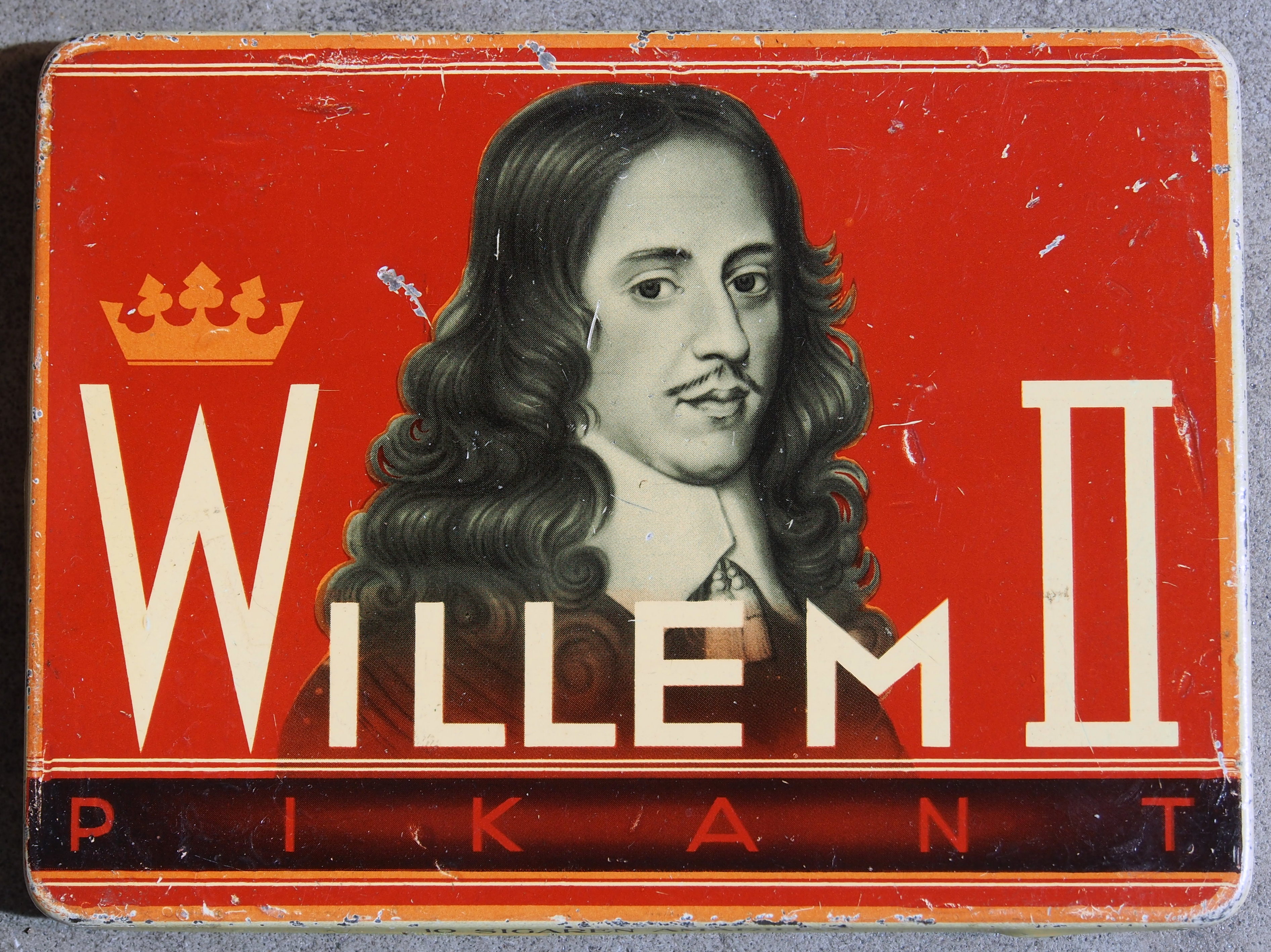 There also used to be, and still is, another Dutch cigar brand: Willem II. It is called after a contemporary of English kings Charles I and II: William II, 1626-1650, stadtholder of the Dutch Republic and prince of Orange. The crown depicted on the box should refer to the small principality Orange in France; as stadtholders did not have princely powers in the Republic.

Willem II is also the name of a Dutch premier league football club. But that club is named after a different Willem II: King William II of the Netherlands, 1792-1849.

Now, in the 21st century, smoking is not as popular anymore as in the days of King Charles I or the early twentieth century.

This 1 February 2018 Dutch TV video says about itself (translated):

The University Medical Center Groningen joins the Antoni van Leeuwenhoek hospital in suing the tobacco industry. The hospital reported this on Radio 1 on Thursday morning. It is suing them for serious abuse. According to the hospitals, the fight against cancer is extremely uphill, as long as the tobacco manufacturers wantonly make people addicted. It is the first time in the Netherlands that hospitals make declarations because of severe abuse. The hospitals are assisted by lawyer Bénédicte Ficq.

7 thoughts on “Smoking, from royal promotion to doctors’ objection”