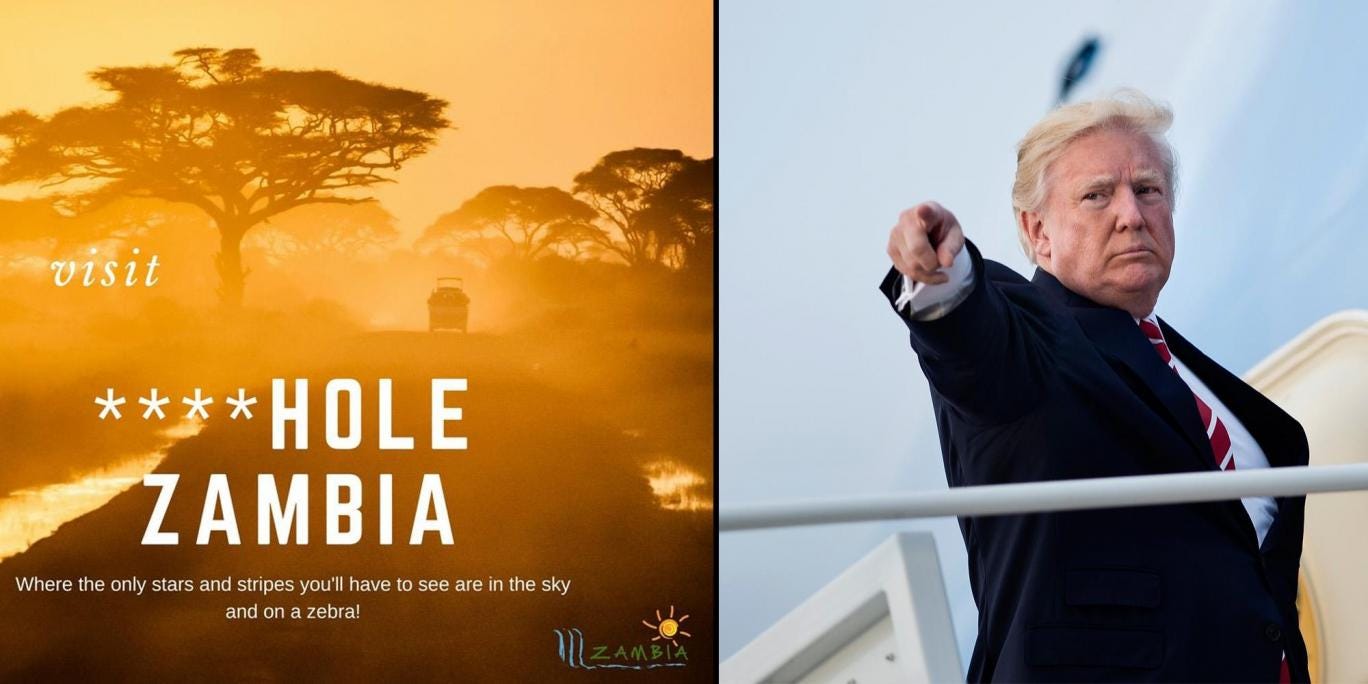 An independent marketing site encouraging tourism in Africa has turned
Donald Trump’s alleged use of the term “s***hole countries” into an advertising campaign.

A Zambia tourism facebook page has recently featured an advert which read:

“Visit s****hole Zambia. Where the only stars and stripes you’ll have to see are in the sky and on a zebra!

Where beautiful vistas and breathtaking wildlife are our trump card!”

The Gondwana Collection, a private tourism operator in Namibia, also released a video recently on Facebook lampooning the alleged comments from the United States President.

Trump Isn’t Crazy, He’s Just a Terrible Person: Leading Psychiatrist. The president is more “bad than mad”, according to the man who wrote the book on personality disorders: here.

SOUTH AFRICANS PREP FOR RACE WAR These white South Africans are bracing for a race war. And they see Trump as their “ray of hope.” [CNN]