This 27 October 2017 video from Barcelona is called Live from Pro Independence Demonstration Outside Parliament of Catalonia.

SPAIN’S conservative Prime Minister Mariano Rajoy urged all Spanish citizens to remain calm yesterday following the Catalan parliament’s vote for independence, but it is his government that has fuelled mass disquiet.

Whatever the percentage of Catalans committed to secession from Spain, that figure has certainly risen in the wake of brutality meted out by paramilitary police to prevent people voting in this month’s unapproved independence referendum.

Catalonia has a history of backing autonomy within Spain rather than seeking national independence.

However, the region’s autonomy was first abolished in the 1930s by the fascist forces that held all of Spain in chains until the mid-1970s and more recently watered down by Rajoy’s Popular Party (PP), which has its roots in fascist dictator Franco’s Falange party.

This doesn’t mean that Rajoy or his government is fascist today — although small numbers of their supporters are pictured on demonstrations giving stiff-arm salutes — but it emphasises the importance of historical grievances and imagery. 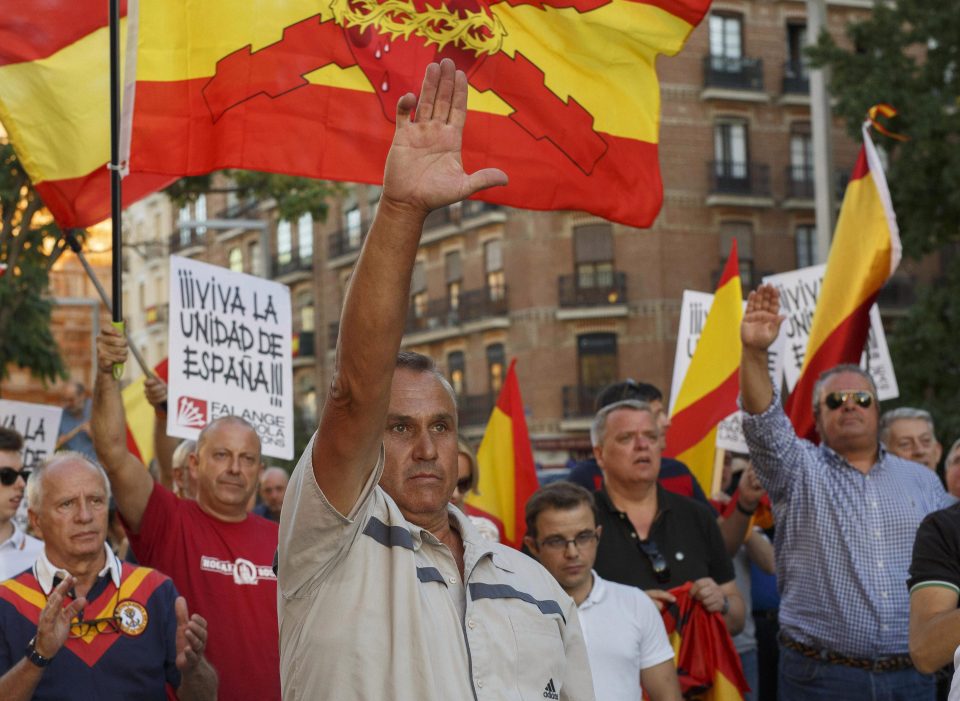 Catalans, like every other nationality, have a right to self-determination and an obligation to express that right in a positive way.

If restrictions are placed by central government on a people’s ability to express their language, culture and identity, demands will grow for that people to strike out on their own.

Independence movements often arise also out of complaints that minority nationalities and regions are exploited or starved of investment by central government, but that is not the case in Spain.

Catalonia is the richest region, with a quarter of Spain’s exports and a fifth of its national income, and one complaint voiced loudly by Catalan nationalists, though recently muted, was that they have to subsidise poorer areas of Spain.

That reality doesn’t fit well with the image of a downtrodden and exploited national minority.

But that is not to downplay the deep-held grievances that Catalans express about Madrid’s dilution of autonomous rights enjoyed previously during Spain’s post-fascist existence.

One problem is the constitutional clause that rules out the possibility of any part of Spain separating itself from the country — not because splintering Spanish unity is advisable but because the PP tends to refuse to discuss further devolution and relies on the constitution to authorise its stance.

The current crisis has not arisen in a vacuum. It could have been foreseen.

The Catalan government organised a previous independence referendum three years ago, which was boycotted by its opponents but showed a clear majority in favour of those voting.

Rather than initiate bilateral discussions, Rajoy ran to the constitutional court to quash the vote.

That remains the PP stance now, backed by the equally neoliberal [PSOE] Socialist Party and Citizens party but opposed by left parties united in the Podemos Unidos (United We Can) coalition.

The Senate has authorised the government to impose Madrid’s authority, but it is impossible to foretell how this could be done and what resistance there might be.

Certainly the worst scenario would be that floated by Attorney General Jose Manuel Maza whose suggestion of laying sedition charges against as yet undetermined numbers of Catalan leaders would herald disaster.

Neither the Catalan government of Carles Puigdemont nor Rajoy’s counterpart has as its priority the interests of working people in Catalonia or the rest of Spain.

The organised labour movement and left parties should mobilise a unified working-class alternative to the dead-end alternatives of these mutually reinforcing bourgeois politicians to prevent further discord and probably more serious violence.

Catalonia independence: Grassroots movement vows to oppose direct rule from Madrid. ‘Welcome to the first edition of la Festa Catalana under the auspices of the new Catalan republic’: here.

Spanish army threatens to intervene in Catalonia as ministers are jailed: here.

2 thoughts on “Catalonia and Spain, a British view”