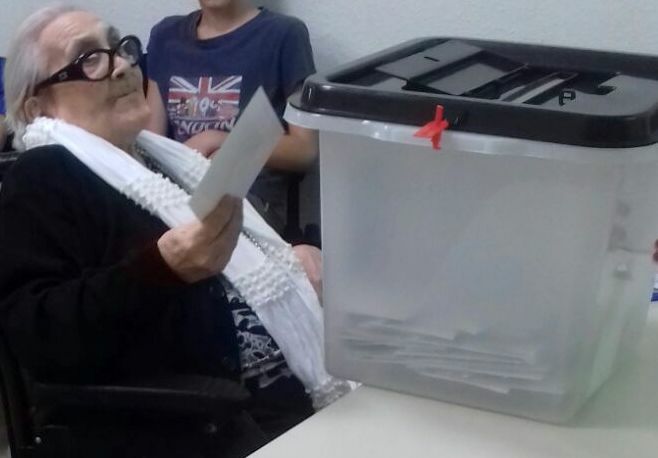 The caption of this photo, translated from Twitter in Catalan says:

a life of anti-fascist commitment. Voting. Resisting. Winning. We, who love her so much.

One can only hope that the police of the rightist Madrid minority government won’t injure this 102-year-old anti-nazi woman, like they do today with so many others.