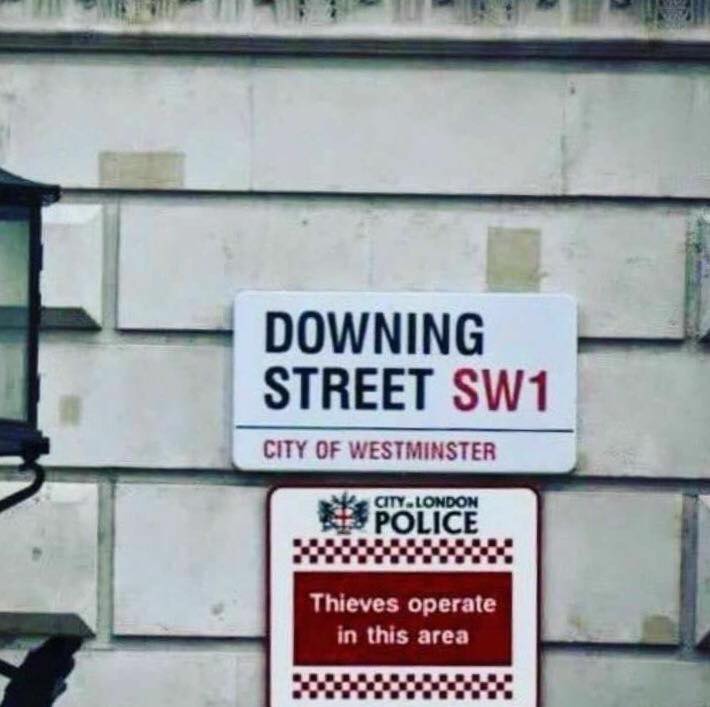 In Downing Street, London, England, live Conservative Prime Minister Theresa May, and her Chancellor of the Exchequer Philip Hammond.

Why is police warning against them?

Maybe because of this?