This 18 May 2017 video from Britain is called Michael Gove Gets His Numbers Hopelessly Wrong On [2017 general election] Tory Manifesto.

A TORY campaign group aiming to emulate the success of Momentum has faced widespread mockery.

The new organisation, branded Activate, aims to “actively engage young people in right-of-centre politics,” according to its website.

Unusually for a youth organisation, Activate’s constitution suggests recruits under the age of 24 will not be considered full members.

Well, that means that at least Colonel Blimp, the retired high level military officer considered to be the archetype Conservative party supporter, may become a full member, being very far over 24. 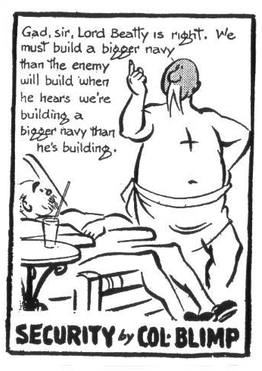 The group is chaired by Gary Markwell, a Conservative local councillor in Sussex. The Activate website initially profiled Tories in key roles in the organisation, including an all-male national committee.

But on Tuesday afternoon the “people” page disappeared from the site. Activate did not respond to the Star’s request for comment on this matter.

The foundation of the group follows calls from senior Tories for the governing party to emulate Momentum, a grassroots pressure group set up out of Jeremy Corbyn’s successful Labour leadership campaign.

In June the Star reported that Environment Secretary Michael Gove had said the Conservatives could “learn something” from Momentum’s success in getting thousands of people newly involved in politics.

Yesterday a Conservative spokesman insisted that Activate had no formal links to the party.

The group has been lampooned for its amateurish use of graphics and social media. Its first official tweet showed Mr Corbyn in front of Labour slogans accompanied with a shot of Star Wars character Admiral Ackbar, captioned “IT’S A TRAP.”

And online critics were puzzled by the seemingly random presence of a square-root symbol in the organisation’s logo.

A Momentum source said: “We’re flattered that Tory activists have been inspired by the success of Momentum in setting up Activate, but they’ve made some rookie errors early on.

“If they had really learnt lessons from our viral social media content, they would know they don’t have to use the hashtags #meme and #retweet with every graphic they share.

“And if they are as committed to a ‘modern’ Conservative Party as they say, maybe they shouldn’t have picked an all-male national committee. At this rate we wouldn’t be surprised if Activate deactivates in the near future.”

This satiric video from Britain says about itself:

A Message From Theresa May, The Strong And Stable Prime Minister | Comedy Central

The Tory attack of the clones

IT IS easy to mock the embarrassing efforts of Activate, the “independent national grassroots campaigning organisation” aiming to win back the nation’s youth for the Conservatives.

Its initial tweet, a meme of a Star Wars character from 1983’s Return of the Jedi warning the young not to trust Labour’s Jeremy Corbyn, has been howled down for feeling the need to include #meme and #retweet — an admission, surely, that its activists might not know why they were recycling pictures of fictional aliens from the Thatcher era or what to do with them.

What can the left make of this, other than what we already knew — that the world Young Conservatives inhabit is a long time ago in a galaxy far, far away?

Activate is clearly hoping to bill itself as the Tories’ Momentum — and the real Momentum can be proud of that.

Imitation is the sincerest form of flattery. Momentum has been slandered and derided from the moment of its birth.

It has been accused of masking an infiltration into the Labour Party by Trotskyists in numbers never seen before.

It’s been made the subject of televised yawnathons where so-called investigative journalists find out nothing whatsoever and present it as damning evidence of “entryism” and other dirty tricks.

It has repeatedly been denounced in the most aggressive terms by MPs of the party it is trying to support, who have referred to it as a “rabble” and a “mob”, defamed its enthusiastic young activists as bullies and used every excuse going to try to have the movement shut out of Labour politics.

But it stayed above the insults and organised, effectively, for Labour victories in seats the party’s headquarters had written off in June.

Few would now deny that tools like the My Nearest Marginal website and training in canvassing provided by Momentum played a major role in Labour’s mammoth effort to get out the vote, which brought Corbyn’s party its biggest vote increase since 1945.

The Tories want some of that action, and are clearly worried by their abysmal polling ratings among young people.

Founding their own Momentum shows at least some Tories recognise that the soundbite and spin-based politics of the Blair years, where a campaign consisted of carefully calibrated messages designed to win over an increasingly imaginary “Middle England,” is over.

Corbyn has brought back mass political engagement and campaigns now need to be fought on the ground and in the community rather than at Westminster and on TV.

Activate won’t work. As the author Alex Nunns told this newspaper in June, you can’t recreate Labour’s mass mobilisation without large numbers of activists, and Labour is the only mass membership party in Britain today.

Nor does the Tory message of lowering taxes on the rich while freeing big business to treat us like dirt and trash our planet resonate well with young people.

But if Activate is doomed to failure, the Conservative Party is not. It has beaten back the tide of history often enough before now. It is the most electorally successful party in British history, and it has not managed that without the ability to appeal to working-class voters.

Theresa May may be a dead duck and the government on its last legs, but a Labour victory depends on maintaining the radical passion for change that got out the vote in June.

It should bear that in mind before seeking to win the approval of Establishment “grown-ups”, whether in the City of London or the European Commission.

If we stick to the parameters of the possible as defined by the ruling class, the Dark Side has already won.

Ruth Davidson telling the Tory party to ‘man up’ proves that there’s no such thing as a liberal Conservative: here.