All photos on this blog post, mainly of slides shown during the lecture, are cell phone photos.

Today, Darwin’s best known book is On the Origin of Species. However, Peeters said, during Darwin’s life his best sold book was his 1875 Insectivorous plants.

In 1768, for the first time live Venus flytrap plants were brought from North America to England. In a 1770 book, John Ellis described them. He named the genus Dionaea, a Greek name for the goddess of beauty Aphrodite (Venus in Latin). 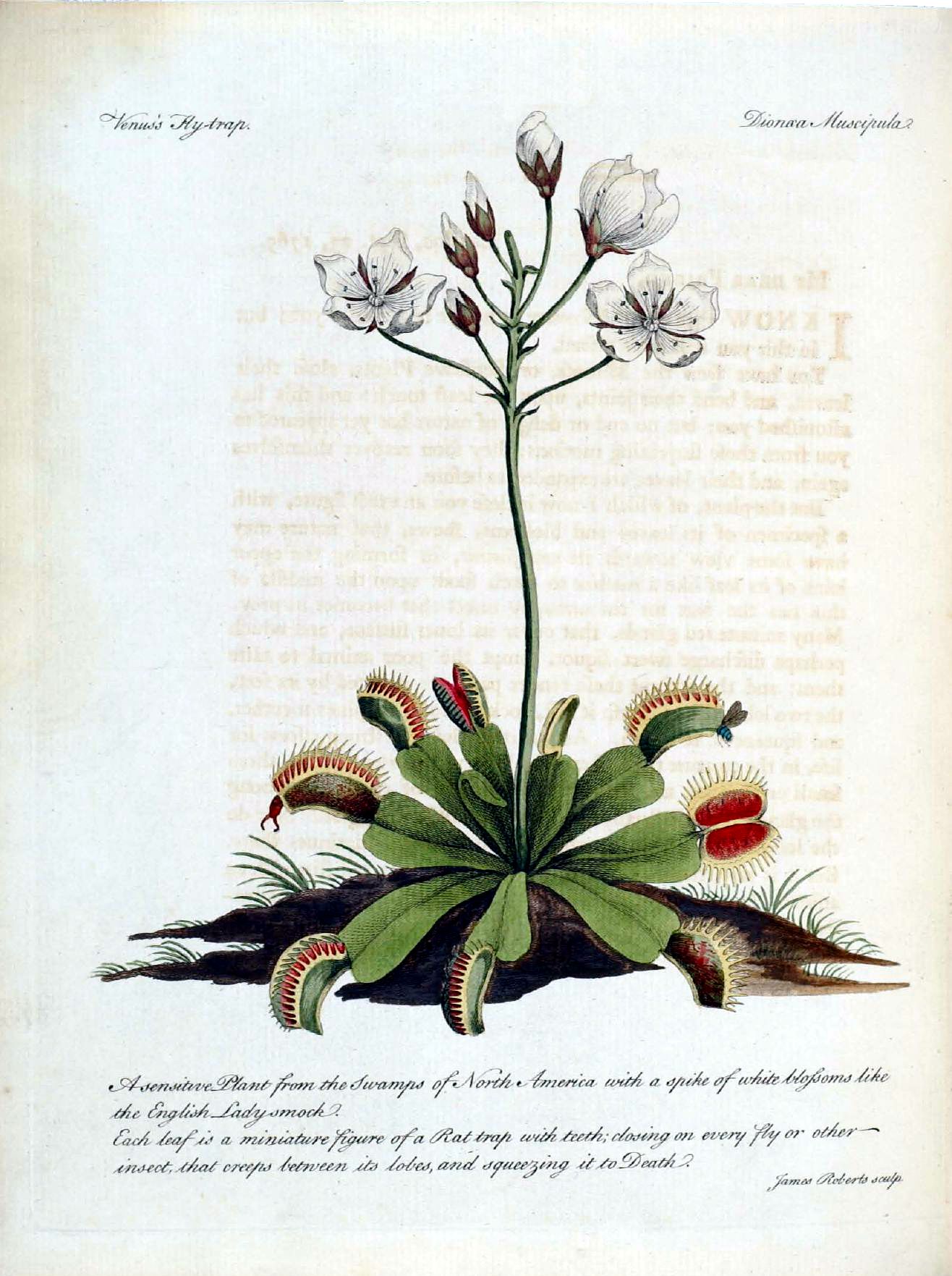 Ellis strongly suspected Venus flytraps were carnivorous. He wrote so to the most famous naturalist of the eighteenth century, Carolus Linnaeus, sending dried specimens with his letter.

However, Linnaeus did not believe that carnivorous plants existed.

In support of that view, Linnaeus quoted the Bible, Genesis 1:30:

So, Linnaeus interpreted the Bible as saying that animals eat plants, not the other way round.

In this, Linnaeus was in a tradition, as pictured in this 17th century book, of seeing reality as a hierarchical ladder. God on top, humans below God. On the lower end, stones, etc. Plants one step below animals, forever unable to catch up with them.

Linnaeus made tremendous contributions to systematic biology, still relevant today. However, comparable to earlier naturalists like Scheuchzer, he was still what would now be called a ‘creationist‘. He opposed the idea of evolution, in his own eighteenth century advocated in rudimentary form by Buffon, and later elaborated by Darwin, including as an explanation for the origin of carnivorous plants, as we shall see.

The poet Thomas Moore (1779-1852) reacted to the newly discovered Venus flytrap with the lines:

The Lord deliver us!
Think of a vegetable being “carnivorous!”

Now, from denial to fascination mixed with exaggeration.

In Victorian England, there were fictional stories, as well as stories claiming to be non fictional, about plants eating people; like a tree in Madagascar supposedly feeding on humans.

While the carnivorous cravings of most flesh-eating plants are limited to small insects, one exception is the pitcher plant. It can consume anything that fits in its mouth–including a mouse!

However, Peeters said, twentieth century films like The Little Shop of Horrors and The Day of the Triffids continued the nineteenth century stories of carnivorous plants being dangerous to humans.

Though about 1800 much was still unknown about carnivorous plants, they fascinated many people. Empress Josephine of France and President Thomas Jefferson of the USA owned Venus flytraps.

Since Darwin’s 1860s-1870s experiments with carnivorous plants, we know much more about the Venus flytrap.

Peeters illustrated that by playing this 2009 BBC video.

Hungry Venus flytraps snap shut on a host of unfortunate flies. But, despite its name, flies aren’t the flytrap’s only meal. As long as its prey is roughly the right size and touches two of its hairs within twenty seconds, the plant will dine on any insect or spider that comes its way. Glands in the lobes then secrete enzymes that break the dinner down into a digestible soup. Ten days later, the trap pops open to reveal nothing but a dried out husk.

Thanks to Darwin and others, we now know more about the European carnivorous plant sundew than centuries ago.

Sundew has liquid droplets on it. Many other plants have dew droplets on them early in the morning. These evaporate as the sunshine gets stronger. In sundew, they don’t evaporate. People thought the sundew droplets were a peculiar kind of dew resistant to warmth; hence the plant’s name ‘sundew’.

Erasmus Darwin’s grandson Charles experimented with carnivorous plants. In 1875, the results of these experiments were published in his Insectivorous plants. Why did plants become carnivorous? Because they grew in soils with few nutrients, Charles Darwin pointed out. They needed other sources of nutrients. In the course of evolution, carnivorous plants developed mechanisms to lure, catch and digest arthropod prey.

The sequel of this will come on this blog. So, stay tuned!

While a common sight, the iconic Venus flytrap is threatened in its natural habitat. https://t.co/6V78GPm19X