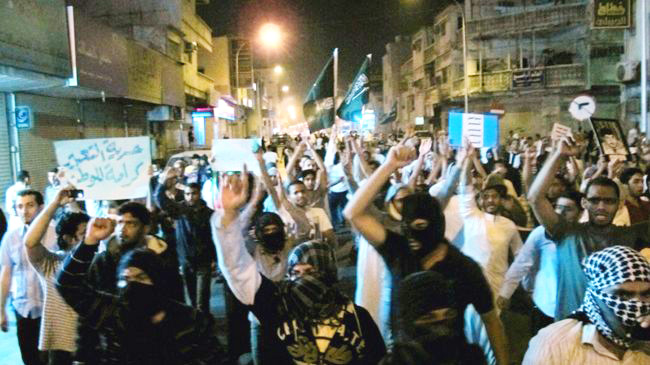 SAUDI security forces killed and injured unarmed civilians when they surrounded and sealed off the predominantly Shia town of Awamiya in July 2017 as they confronted an armed group hiding in a historic neighbourhood slated for demolition, Human Rights Watch said on Sunday.

The violence in the Eastern province, which began in May, has resulted in deaths and injuries among the residents, local activists said, and caused significant damage to the town, based on an assessment of satellite imagery.

Residents and activists say that most residents have fled Awamiya, and those who remain lack essential services such as medical care. The town remains sealed off. Saudi Arabia announced plans to demolish and redevelop the al-Musawara neighbourhood of Awamiya, Qatif governorate, in 2016, citing health and safety reasons.

Demolition began on May 10, after al-Musawara residents were evacuated, but met with armed resistance. Awamiya residents told Human Rights Watch that security forces have fired into populated areas far from al-Musawara, killing residents, occupied a public school, closed clinics and pharmacies, and prevented essential services such as ambulances from reaching the area.

Security forces engaged in shoot-outs with an unknown number of armed men inside al-Musawara, and on July 26 brought in additional armoured vehicles and sealed the town’s entrances and exits, residents and activists said. Awamiya has a longstanding reputation of opposition to Saudi rule and has been the site of protests about government discrimination against Saudi Shia.

It is the hometown of a prominent cleric, Nimr al-Nimr, who was executed in January 2016 over his encouragement of protests in 2011 and 2012. The execution sparked a series of events leading to a breakdown of diplomatic relations with Iran and heightened sectarian tensions across the Gulf region.

On July 28, Canadian Foreign Minister Chrystia Freeland stated that she was ‘deeply concerned’ about photos purporting to show Saudi security forces using Canadian-made Terradyne Gurkha RPV-model armoured vehicles. She ordered an investigation into how Saudi forces are using the vehicles.

Saudi forces have also deployed another type of armoured vehicle manufactured by the South African company F & R Catai to Awamiya. The automatic cannon in this vehicle’s turret can penetrate and cause considerable damage to buildings and other infrastructure.

Human Rights Watch analysed satellite imagery that shows extensive damage to the neighbourhood and the town’s main commercial street bordering it. While much of the damage is due to the demolition, the images also show buildings and areas damaged by the violence. Activists and residents said the armed men are on most-wanted lists authorities have issued since 2012 for protest-related crimes in the area.

Saudi Arabia announced on August 10 that security forces had forced nearly all ‘terrorists and criminal elements’ out of al-Musawara, and authorities took international journalists on a tour of the neighbourhood on August 9. Saudi activists said the violence has killed more than a dozen people, both Saudis and foreigners, in addition to at least five armed militants.

A Saudi Interior Ministry official said that eight members of the police and four members of the special forces had been killed. The Saudi authorities have not released information on resident casualties. A three-year-old boy reportedly died on August 9 from injuries suffered when an armoured vehicle fired on his family’s car in June.

Five residents interviewed by Human Rights Watch said that Saudi security forces have put people in Awamiya at risk, arbitrarily shooting at or arresting those who emerged from their houses. The residents said that to their knowledge Saudi authorities never issued an order for people to leave Awamiya, and their only chance to leave safely has been for short periods allowed by security forces since July 26.

The residents said that local volunteers and activists coordinated the evacuation without assistance from Saudi authorities. They said that security forces turn away anyone who attempts to return to Awamiya to check on relatives or recover property or possessions. Local residents said that people have been fired at and injured in areas such as al-Shukrallah, al-Jumaymah, and al-Rif neighbourhoods, which are west of security forces who are stationed between these neighbourhoods and al-Musawara to the east.

The residents said they had not seen any armed militants in these areas. Five Awamiya residents and three activists close to the situation said that a majority of the town’s inhabitants fled after security forces escalated the situation on July 26. They said that most fled between July 27 and 28 when the town’s electricity was cut off for more than 24 hours, leaving people exposed to temperatures of up to 50 degrees Celsius (122 Fahrenheit) without air conditioning. Residents and activists said that the electricity grid had been damaged by gunfire, but did not know who was responsible.

The residents said that security forces closed all of Awamiya’s clinics and pharmacies in May, which they believed was to ensure that militants could not seek medical treatment. Since July 26, they said, security forces had not allowed emergency services to reach the wounded or taken steps to provide humanitarian assistance to people who remain there, though all the shops in the area were closed.

Al-Musawara resident, ‘Sami,’ whose name, as with others interviewed, has been changed for his protection, said he had not worked since the fighting started because his shop is on the main street near al-Musawara, in the area where security forces had sporadically opened fire on shops and homes. ‘My shop is covered in bullet holes,’ he said. ‘I am certain that security forces are responsible because the size of the bullets are medium and large, which only security forces possess.’

‘Ali’ a Awamiya resident who fled on July 30, said: ‘The security situation in Awamiya has been terrible for the past 80 days. While I was still in Awamiya, the town was constantly bombarded by shelling and security forces were going around shooting in residential neighbourhoods at random. We were too scared to leave our homes and most of the shops were shut down or burned. Anything that moved became a target.’

Another resident, ‘Ahmed,’ said that he came under fire driving in al-Shukrallah on July 29: ‘I am from the al-Jumaymah neighbourhood. I went in the morning to help my mom and dad. When I left I went toward al-Shukrallah to try to leave Awamiya via a back road through farms. I was driving between houses when someone fired at me and the bullet hit the house next to my car. I saw an armoured vehicle at the end of the street … I never saw any armed militants in this area.’