This cartoon shows French President Macron, doubting whether he should pose as general, World War II resistance leader and President Charles de Gaulle; as Emperor Napoleon I; or as Saint Joan of Arc. The cartoon does not even mention ‘sun king’ Louis XIV. It does show Ms Macron.

Today, Dutch NOS TV reports that General Pierre de Villiers, chief of staff of the French armed forces, has resigned. Just three weeks ago, he had been confirmed to continue at his job.

He has a conflict with Macron, as De Villiers wants to spend even more money on wars and militarism than Macron.

General Pierre de Villiers, the chief of staff of the French armed forces, resigned yesterday after a week-long public conflict with President Emmanuel Macron over the defence budget. … His brother is Philippe de Villiers, the leader of a right-wing nationalist and anti-European Union (EU) party based in the Vendée region, the Rally for France (RPF), who indicated his sympathies for Marine Le Pen in the presidential elections this year.: here.

Block the extreme right. Fine. And then? In a context of ideological confusion, Emmanuel Macron has taken centre stage, attached to his podium and displaying his spellbinding ideas: “civil society”; “the Jupiterian presidency”; “the spirit of (colonial) conquest”… We have every right to question this pretentious language. Because these days, the drifts created by the State of Emergency, the foiling of attempted attacks, the Islamophobic attacks, the exclusion of young people and the plague of sexism are all progressing well. What place is there for “the people who count for nothing”? We put the question to the sociologist Saïd Bouamama, who is an expert in the structural aspects of discrimination in France and author of several standard reference works on the subject.

The concept of civil society has become a pet theme in the political and media debate, acquiring as many different definitions as those who utilise it. These different meanings have resulted in it taking on so many interpretations that divert it from the meaning that it had had in political polemics since the beginning of the capitalist mode of production.

We are far away from Rousseau’s definition: “The first person who enclosed a piece of land suddenly said ‘This is mine!’, and finding enough people who were simple enough to believe him, he was the founder of civil society”. This author therefore thought that civil society meant the world of private property.

We are still further away from Marx’s definition which reminded us that “the anatomy of civil society must be sought in the political economy”. In other words there is not one civil society, homogenous and united confronting a State and a bureaucracy, but a civil society that is riven by class interests.

It is enough to look at the class to which the Macronite deputies belong to realize that they do not represent the whole of civil society but only a certain part of it.

The ideological offensive is to cover over the dominant/dominated, the rich/poor, the exploiting/exploited cleavage in peoples’ minds by referring to the vertical relationships of above and below, politicians and citizens, etc. Of course the vertical cleavage does exist but it is at the service of the horizontal cleavage consisting of the struggle within civil society between classes with different interests. 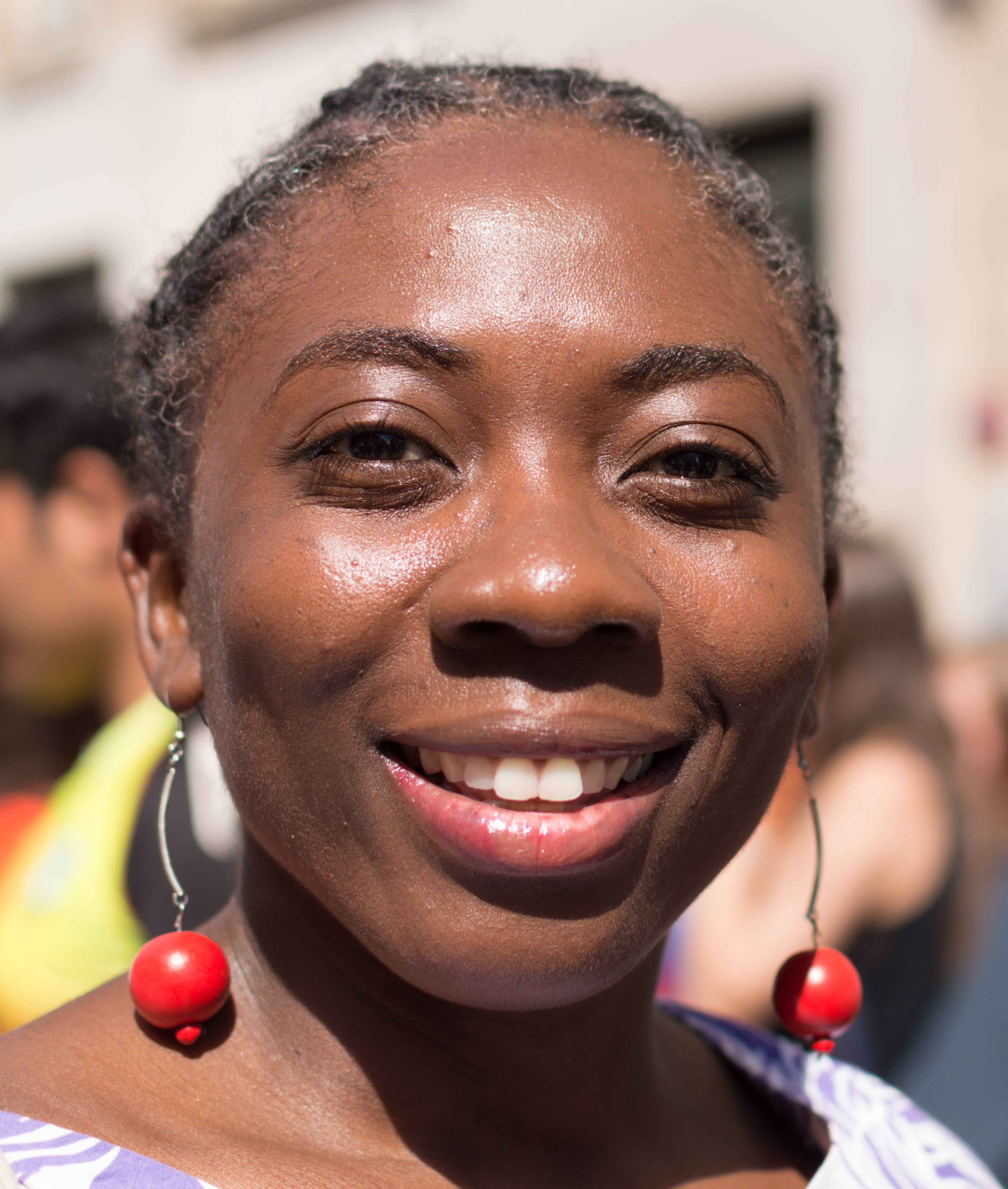 has been subjected to a veritable live trial on the radio in which she was reminded of her origins and how lucky she was to have been elected in this country. She was enjoined to recognize a kind of debt towards the values of the Republic. What is your reaction to this affair?

The campaign against Danièle Obono is quite simply racist and sexist. She is attacked for having signed a petition defending myself and the rapper Saïdou of the ZEP group at the time of the complaint deposed by the extreme right against us for having said, in the book/CD Nique la France – devoir d’insolence (Screw France, we must be defiant): “Screw France and its colonial past, its perfumes, its stenches and its paternalist reflexes. Screw France and its imperialist history, its walls, its ramparts and its capitalist excesses”.

The reason that Danièle Obono was reprimanded was for her anti-racist, anti-colonial and anti-war stands. On top of that the fact that such positions were taken adopted by a black woman is insupportable for those who defend imperialist France which, from the Côte d’Ivoire to Mali, Libya to Syria, has not ceased to wage murderous wars to obtain oil, gas and strategic minerals.

Two weeks after the attack in London, there was another attack, this time against a mosque in Finsbury Park. At the end of June someone tried to run over the faithful as they were coming out of Creteil mosque. This week, again, there was shooting in front of the mosque of Avignon. The wide coverage given by the media to attacks such as the London one, as well as to similar ones that failed, is in marked contrast with the treatment given to Islamophobic attacks. How do you explain that?

As I have said in several of my recent writings we are in a historical period in which Islamophobia has become commonplace. This new face of racism serves systematic purposes both internationally and at the European level. Internationally it makes it possible to create a consensus for waging wars for natural resources on the pretext of ‘anti-terrorism’. At the national level it makes it possible to divert peoples’ growing anger against ultra-liberalism to false adversaries and dangers. In brief, Islamophobia is a screen and a debate that is ideologically very productive.

The social and political danger is that this Islamophobia, which is disseminated by the high State authorities in France (from the law on head scarves in 2004 to the debate on national identity, not to mention the ridiculous prohibition of the burkini on the French beaches last year), has been passed on to some of the French population and it has accelerated a fascist process that should not be under-estimated. Numerous Islamophobic attacks bear witness to this, as well as the increase in police violence towards young people in popular districts.

The double standards exercised by the media consists of promoting anguish, which is reinforced when there is the spontaneous anguish caused by a so-called ‘jihadist’ attack on the one hand and, on the other, giving minimum attention to Islamophobic violence. This contributes to the growing fascism.

These double standards are also to be found in the various explanations put forward: the psychological fragility of the person who has committed Islamophobic violence as opposed to the deliberate calculation of the ‘jihadist’. Of course this is not to say that most journalists make a conscious choice in covering the two types of violence differently.

The importance given to the ratings, the need for sensation, the journalism profession itself, the tactical political instrumentalization, etc.: all these contribute to producing this double standard. I think it is high time that a social movement addresses the question of the press and its way of covering this kind of events.

You are very familiar with all the problems affecting young people in the popular districts. As in all countries, these young people have creative potential and are always seeking ways to emancipate themselves. What are the traps that this society lays for them and how should they be helped to avoid them?

The reasons for the revolt of the young people in the popular districts and the young people of immigrant origin in particular are legitimate. Economic policies in general over the last decades have pauperized the popular classes and made them precarious. And this is even worse where there is an immigrant component. In addition, ultraliberalism promotes competition for rare assets (jobs, training, housing, etc) which ineluctably leads to increased pauperization and yet more precariousness for those already precarious and an increase in racist and sexist discrimination.

This legitimate revolt might become a social movement that could change the balance of power and force the dominating classes to take the popular classes into account. Or it could spend itself out through individual dead-ends (self-destruction and violence against others, the myth of individual success through crushing others, drugs, etc.) or collective dead-ends (attraction to nihilism, listening to charlatans with religious or political solutions, etc.). The only way of avoiding these impasses remains collective organization to avoid always being forced into a reactionary position.

Translated from French by Victoria Bawtree for Investig’Action.

According to an Institute Elabe poll for BFM-TV, 61 percent of French people oppose the president’s proposed reform of labor law. Three months after his election, Macron only has a 36 percent approval rating, according to a YouGov poll; it is the lowest level for a president who has so recently been elected in over 20 years, since Jacques Chirac in 1993: here.