Politicians should be held to account for ‘social murder‘

JOHN McDONNELL demanded yesterday that those responsible for “social murder” at Grenfell Tower should be held to account.

The shadow chancellor said he has no regrets for saying the victims of the disastrous fire in west London were murdered by political decisions.

He told BBC1’s Andrew Marr Show: “Political decisions were made which resulted in the deaths of these people. That’s a scandal.

“There’s a long history in this country of the concept of social murder where decisions are made with no regard to consequences of that, and as a result of that people have suffered.

“That’s what’s happened here, and I’m angry. I believe social murder has occurred in this instance and I believe people should be accountable.”

He warned of the consequences of political decisions over the years that have not addressed the housing crisis and cut back on local government, resulting in a lack of proper inspections.

Mr McDonnell also highlighted the cuts to 11,000 firefighter jobs and equipment such as aerial ladders that help tackle fires at high rises.

“I believe politicians have to be held to account,” he insisted. “I remain angry at how many people have lost their lives as a result of political decisions made over years.”

Councillors sitting on Kensington & Chelsea Council will decide this week whether to grant residency rights to illegal immigrants who survived last month’s Grenfell Tower blaze, which left at least 80 dead.

Labour councillor Robert Thompson is also calling on the government to guarantee them amnesty from prosecution following fears that they are too afraid to talk to authorities. 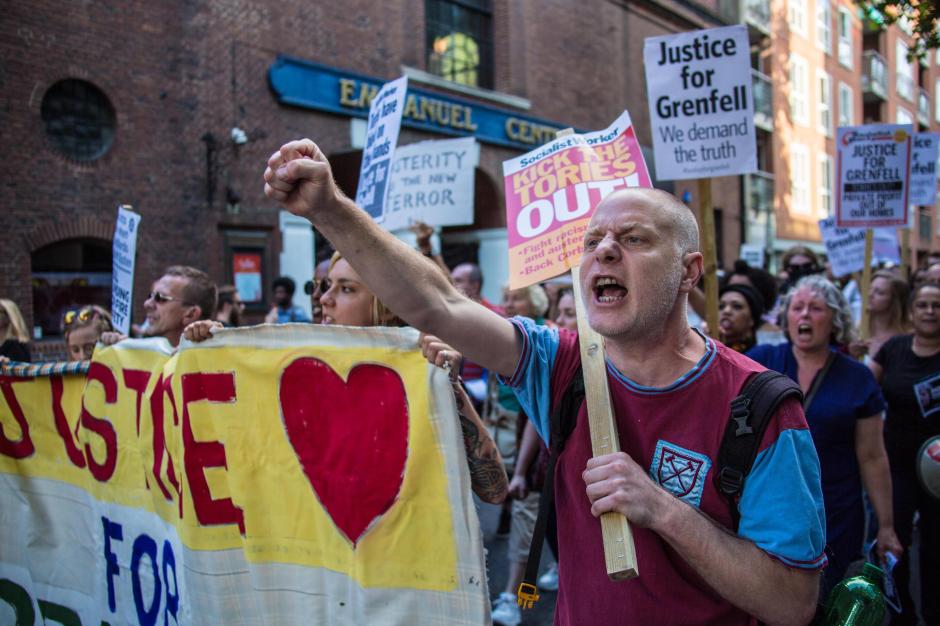