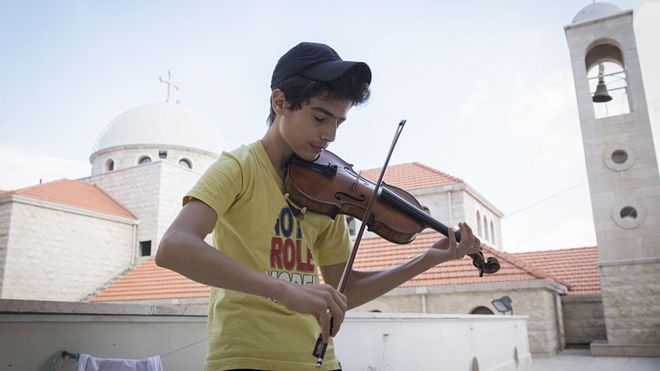 OXFORD University has sent a 19th-century violin to a young Syrian refugee living in Lebanon.

The German-made violin was part of a collection of historic instruments held by the university which has lent it to 14-year-old Aboud Kaplo.

Mr Kaplo and his family were forced to flee their home city of Aleppo amid the Syrian civil war.

Film-maker Susie Attwood noticed Mr Kaplo’s passion for music while she was making a film about Syrian Christians in Lebanon.

However she noticed that the talented teen did not have an instrument.

Bate Collection of Musical Instruments curator Andy Lamb said that “the moment I read about this lad’s situation I thought the collection could make some kind of positive contribution.”