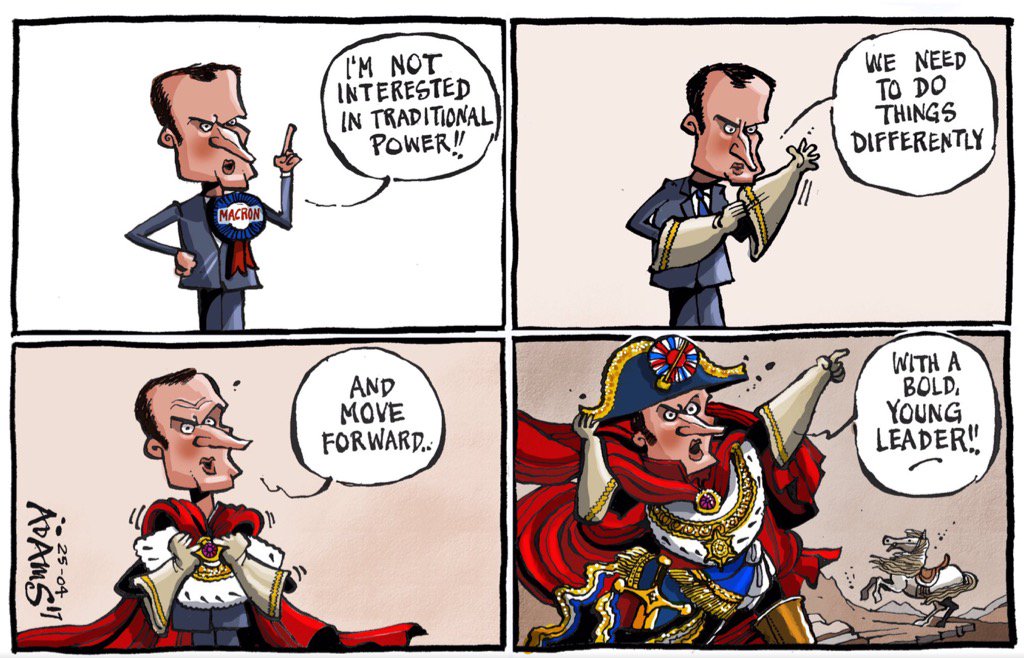 TRADE unions, students and youth marched through the streets of Paris yesterday against Emmanuel Macron’s proposed ‘Labour Reforms’ on the very next day after his election.

President-elect Macron’s ‘Labour Reforms’ make it easier to hire and fire workers and remove the 35-hour week, instead bosses can ‘negotiate directly with employees on working time.’

French CRS riot police wearing full body armour surrounded the march and then charged at protesters wielding their batons. Before the attack, one of the hundreds who were on the march, Anorina said: ‘We are here to say we do not have the same position as him. We are protesting to say do not forget that we are here and we are against you.

‘When Macron was economy minister under Hollande he decided many things which took away our social protection. He decided to open many shops on Sundays and that had a big affect on the shop workers.

‘Many of our friends decided not to vote, but for me I was so scared of Marine Le Pen, so I decide to vote for Macron. Unfortunately in our system now they do not want to recognise the people who do not vote and now in this election the amount of people who did not vote was a bigger amount than any other election that we have had, they do not care at all.

‘Our system does not work at all because we voted for a President that we don’t want and the people who didn’t vote are not recognised at all so this is a complete disaster for democracy.’

17 thoughts on “Macron’s French voters marching against him”