After 5 March 2017 came 6 March 2017, our first full day in Cuba. We had arrived in Soroa, and would go from there to Las Terrazas, and then to Viñales. 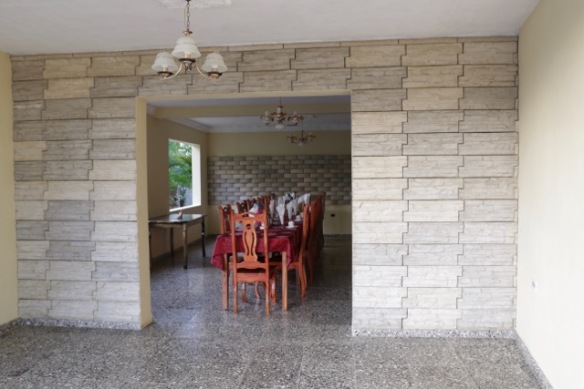 There was wildlife inside our dwellings in Soroa: at least one frog (a Cuban tree frog) and one anolis lizard.

A cattle egret and a turkey vulture fly past.

A palm warbler in a bush.

A Cuban emerald hummingbird flies around.

An American kestrel sits on top of a palm tree.

We leave. A bit further, a West Indian woodpecker at its nest.

This is a special nest. It is at the top of a telephone pole. An old telephone pole, no longer in use. When the phone company renovated the poles, they built a new pole right beside the old pole, which they left for the woodpeckers to nest. 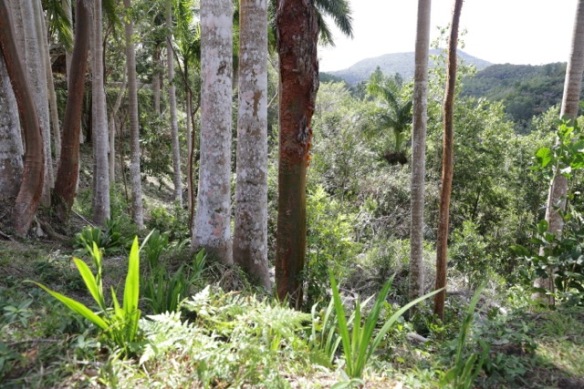 We see loggerhead kingbirds. Some have small branches for building nests in their bills.

A tawny-shouldered blackbird. They live only in Cuba and Haiti.

And a yellow-faced grassquit.

A special bird: a Cuban trogon. This is the national bird of Cuba: its red, white and blue colours are the same as the Cuban flag; and it lives only in Cuba.

And yet another one: a yelllow-headed warbler.

A Las Sagra’s flycatcher. A species which only lives in Cuba, the Bahamas and Cayman islands.

A northern parula: it winters here before going on its way back to North America. 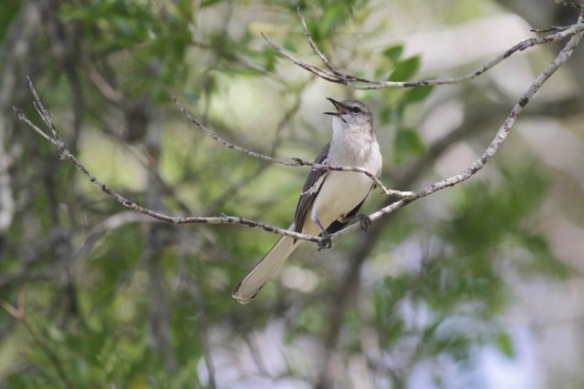 A northern mockingbird sings in a tree.

And a Cuban peewee; which lives only in Cuba and the Bahamas.