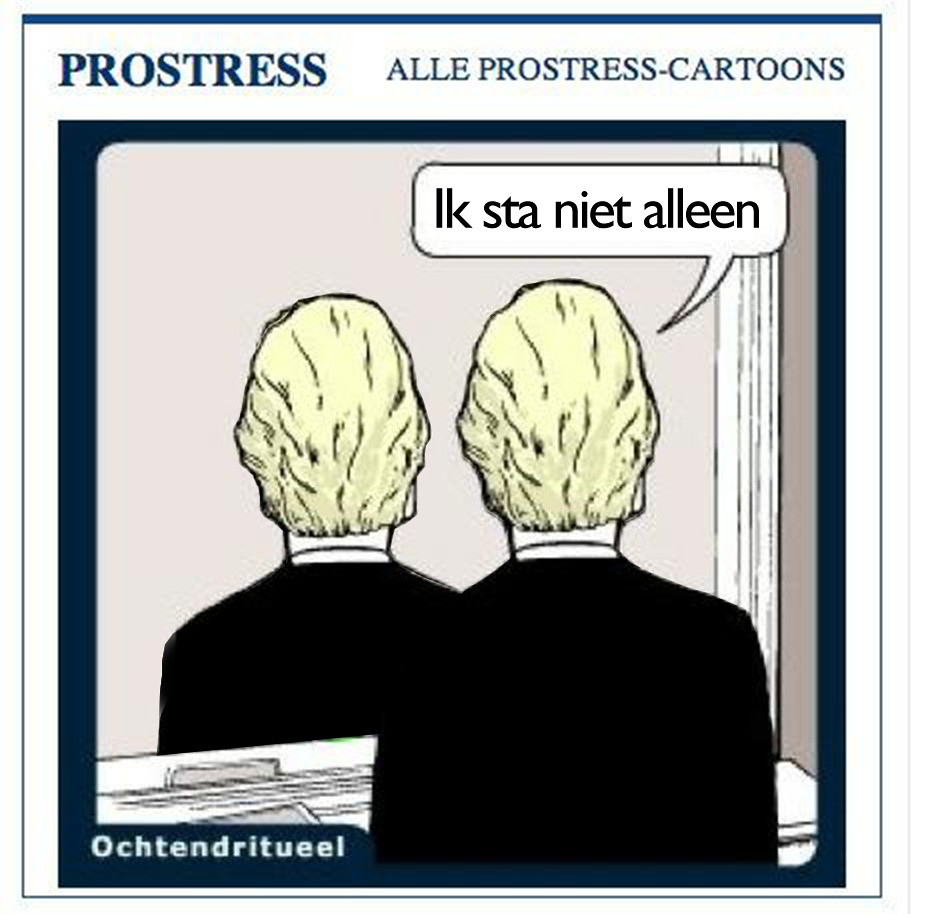 In this Dutch cartoon, xenophobic politician Geert Wilders looks at his mirror image and says: ‘I am not alone’.

Paul Wilders said in the interview about Geert (translated):

He controls his empire [the PVV party] like an emperor. Whoever contradicts him seriously is finished. Family or not. He is still my brother. I love him, though I reject his ideas.”