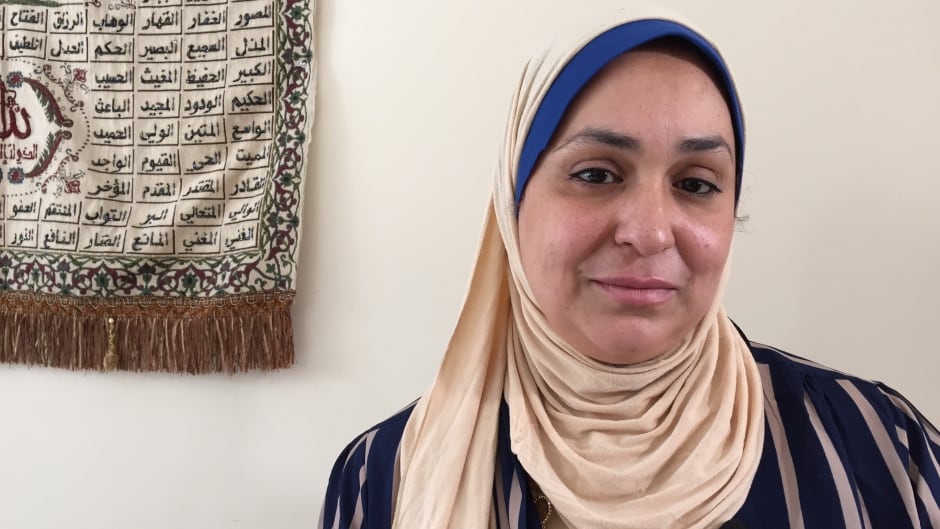 From CBC radio in Canada:

Canadian woman denied entry to U.S. after Muslim prayers found on her phone

Fadwa Alaoui is a Moroccan-born Canadian citizen living in Brossard, Quebec. Like a lot of Quebecers, she sometimes drives down to Vermont to take advantage of the deals. But on Saturday, when her family pulled up at the border, Alaoui encountered something new.

After the usual set of questions, Alaoui says she was asked about her religion and her thoughts on U.S. President Donald Trump. She says border agents took her phone and fingerprints. Four hours later she was told that her family wasn’t welcome and she was forced to turn back.

Alaoui spoke with As It Happens guest host Helen Mann about her ordeal and why she is struggling to explain what happened to her son. Here is part of their conversation.

Helen Mann: Ms. Alaoui, what kind of questions were you asked by U.S. Customs when you got to the border on Saturday?

Fadwa Alaoui: The usual questions like what is the reason of your visit and what is the place of your birth? I answered that I was born in Morocco. He told me: How long have you been here in Canada? I said that I was here more than 20 years. He told us okay you can park your car and come with us in our office. Once there, he asked us about our phone and the PIN number to open the phone.

HM: Now, they were also asking you other questions, as I understand it, about your religion?

FA: Yes, exactly. After that they came and interviewed us one by one. The first question he told me: You are Muslim, right? I responded, yes. He told me: Do you practise? I told him yes. He told me: Which mosque do you go? So I started to explain the mosque where I go. What is the name of the imam? Where do you pray? Where do the women pray? Does the imam come talk to you directly? What is the speech the imam gave? What is the frequency that you go to the mosque?

HM: And you answered all the questions?

FA: Yes. I answered all the questions, the best that I know. I was calm. I collaborate. I give him all the answers he wanted to know. He told me: Are you part of any group? Muslim group? I told him no. I told him it’s not my first time that I’m going to the United States. I have family there. I have my parents, my brothers, everyone is there. Today, especially, I want to bring my son with me because he is sick. I want to change his mind and give him a treat because he was sick, he had cancer. He asked me about the mosque: Do you know the last name of the imam? If he is always present? If someone replace him? The name of the person who replaced him? He told me: What do you think about the shooting in Quebec? Do you have relatives in Quebec that was one of the victims?

HM: I understand he also asked your thoughts on President Donald Trump?

FA: Yes. He asked me: What do you think about Donald Trump? I told him, what? He told me: [What’s] your opinion about his policy. I told him, listen, he has the right to do whatever he wants in his country. I don’t expect that. I’m not following the news. I’m not following what happened. I have a busy life. I have busy schedule with my son, with all these appointments at the hospital, with my kids.

HM: Now, after some time I understand they emerged and asked you about some videos they found on your phone. What were you asked about?

FA: They asked about prayers that I receive on my phone. I told him I’m not aware about it. I’m not the one who sends it. But he wanted to know what does it mean to you? It’s more prayers that we have to say. I’ve received from groups, from friends, because they know what I have been through with my kids. They send me prayers to say that it’s going to help you or something like that.

HM: Eventually you were told that they were not going to let your family into the United States. What did they say?

FA: They took our fingerprints, our pictures. The lady came to the front desk and she told me: “Okay, we’re not let you in.” I said, “What is the reason? Why?” She told me because you have videos and concerns against us. I was shocked. I told her, what? Is that my phone, my cousin’s phone — what phone? She told me it’s a combination of both phones.

HM: Do you have any idea what she might have meant by that?

FA: I don’t know, no. I signed the form. I was sick. I was shocked. I was tired so I just drove back home.

HM: And what did the form you signed say?

FA: It’s not saying the reasons that she said verbally. The form says: “Withdrawal of application for admission. Subject is inadmissible to the United States. An immigrant not in possession of a valid and expired immigrant’s visa.”

FA: Yes. I’m a Canadian citizen. I travel with my Canadian passport. My passport is still valid until June 2018.

HM: Have you ever needed a visa to travel to the United States before?

FA: No. Not with my Canadian passport. I go there like every month. It’s the first time they react like that.

HM: So what do you say to your son? How do you explain this to him?

‘Your rights are significantly narrower’: Lawyer’s advice to Canadians travelling to U.S.: here.

‘We didn’t have anything to hide’: Canadian heading to Women’s March refused entry to U.S.: here.

Canadian barred from U.S. for life because he admitted he smokes pot: here.

A three-judge Appeals Court panel issued a unanimous ruling Thursday afternoon rejecting the Trump administration’s claim of “unreviewable” presidential power and sustaining a judicial order that bars enforcement of Trump’s temporary ban on travel from seven Muslim-majority countries, as well as his temporary ban on the entry of refugees from any country: here.

Hundreds of protesters gathered outside of the central Phoenix offices of Immigration and Customs Enforcement (ICE) Wednesday afternoon seeking to block the detention of long-time US resident and undocumented immigrant, Guadalupe García de Rayos. Wednesday’s visit to the local ICE office in Phoenix was part of García de Rayos’ regularly scheduled check-in with the office, which has taken place every year, and more recently every six months, following a 2008 felony conviction for having false ID papers: here.