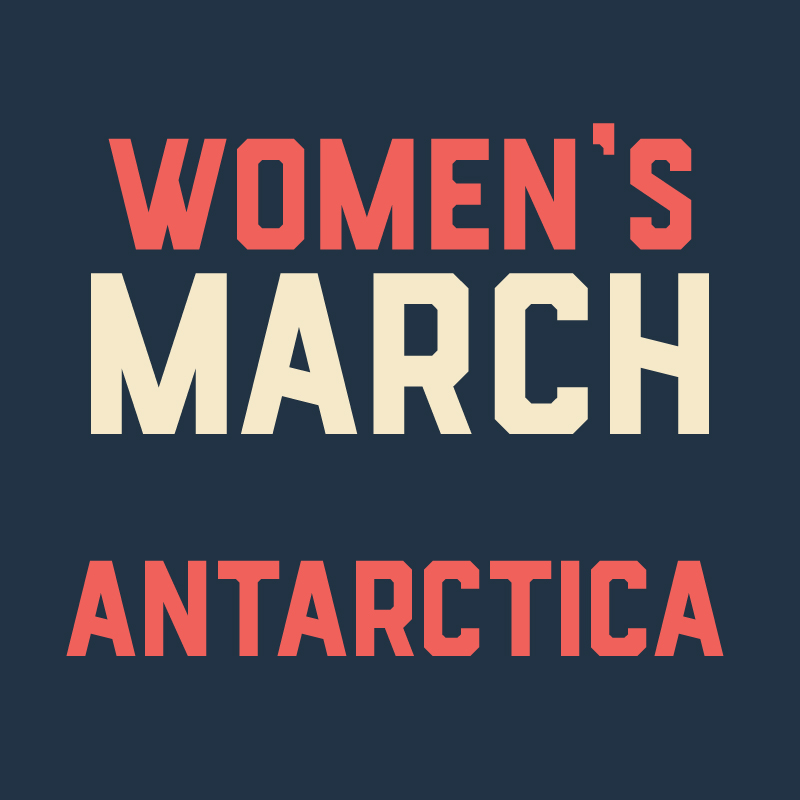 Tomorrow, 21 January 2017, the day after Donald Trump’s inauguration as president of the USA, there will be the Women’s March on Washington against his policies.

There will be at least 616 ‘sister marches’ to that event all over the world. Like in London, England. And in Amsterdam, the Netherlands. And in The Hague, the Netherlands (march from the Malieveld to the US embassy). And in Aruba in the Caribbean.

And, like there was a demonstration in Antarctica in 2003 on the same day millions of others demonstrated all over the world against George W Bush’s plans to invade Iraq, there will be a demonstration against Donald Trump in the Antarctic tomorrow.

From the Women’s March site:

We are an international group of eco-minded visitors on an expedition ship to Antarctica.

We will be “marching” on our ship, off the coast of the Antarctic Peninsula on January 21, location still unknown. Unfortunately due to this constraint, we can’t invite the public, but welcome all ship-board guests and staff to join us.

We welcome signs and hats. Ideas:

Due to the environmental sensitivity of the area, we can’t leave any marks, trampled messages, etc.

More on the march in the Antarctic is here.