This video is about ducks, herring gulls and black-headed gulls of the German Baltic Sea.

After 6 October, 7 October 2016 was our last full day of birdwatching in the German Baltic sea region.

We sailed from Peenemünde to Freest, near the Struck peninsula. 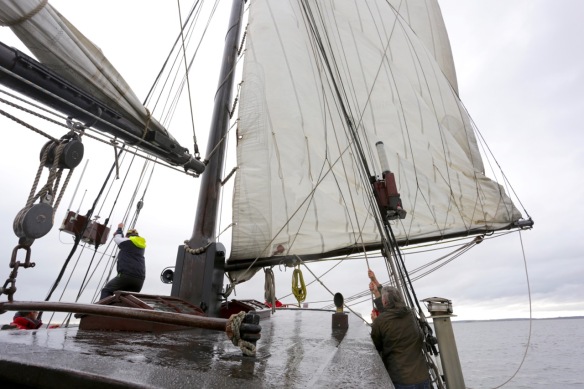 Our ship started at 8am. The storm had stopped, but it was still rainy.

A velvet scoter swims and flies away.

A robin passes the ship.

Still smaller birds are on migration. 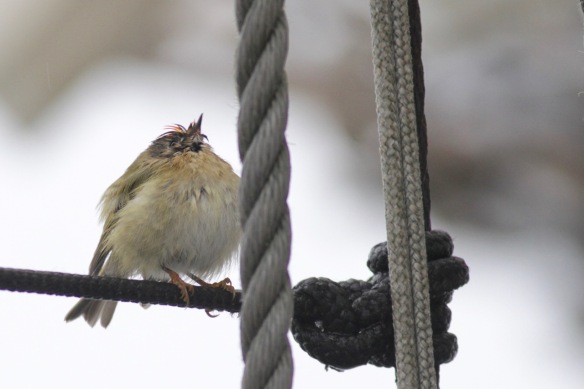 The smallest birds of Europe: goldcrests. 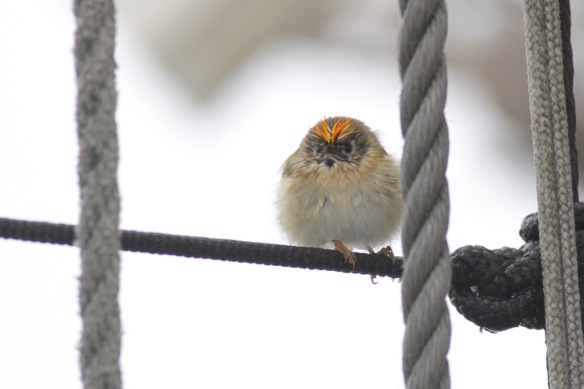 They rest on the ship, tired of flying over the sea. 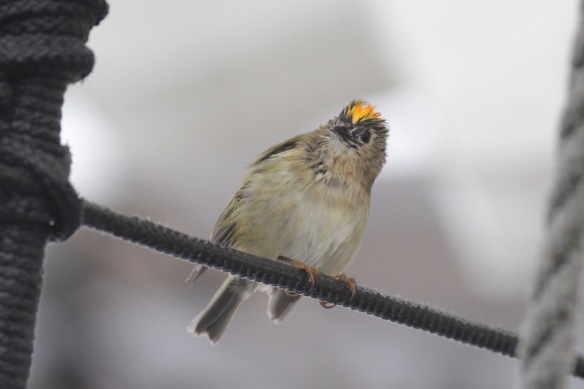 Their feathers are wet because of the rain. 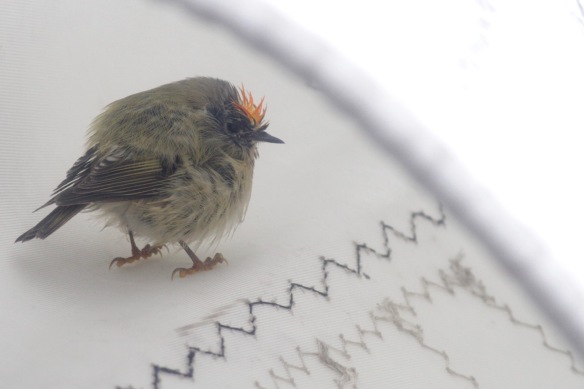 They try to get shelter from the rain in the sails. 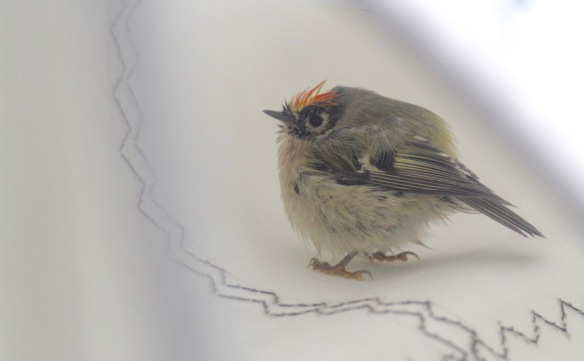 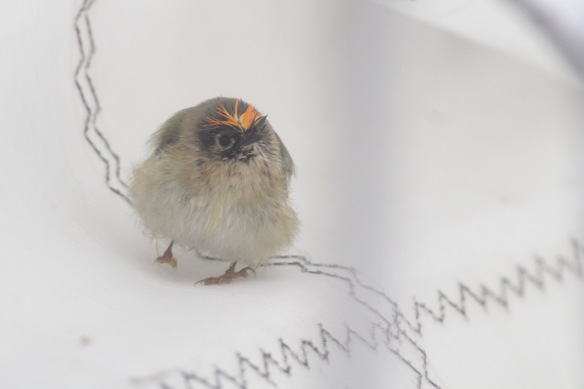 When the ship came closer to the shore, the goldcrests left to continue their migration.

Stay tuned, as we still saw more birds on that day.

16 thoughts on “Goldcrests and eagle of the Baltic Sea”