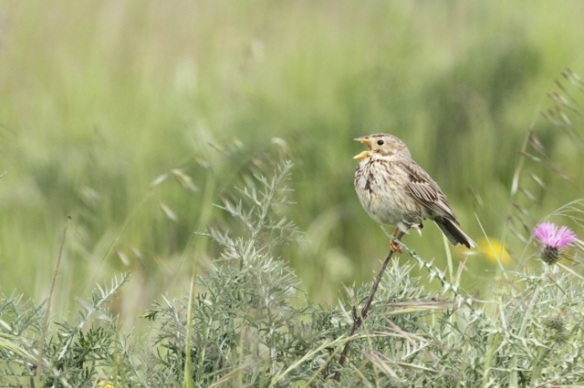 Still 21 April 2016 in Extremadura, Spain; after seeing the great spotted cuckoo, booted eagle and other birds. Next, we saw this corn bunting, singing next to a thistle flower.

A woodchat shrike on a pole.

Two great crested grebes swimming in a lake. Also a mallard with ducklings. On the bank cattle egrets, little egrets and a spoonbill.

We are near a stone wall and eucalyptus trees. A little owl couple are said to live here. Will putting mealworms on the wall attract them?

There is the male little owl in an eucalyptus tree. You have to look hard at the picture puzzle style photo to find him. 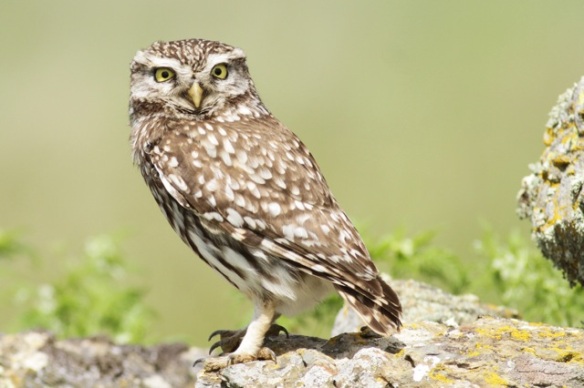 Then, the female little owl appears from a hole in the wall.

She looks at the sky, to see if there is any threat from a booted eagle or other raptor.

Then, she feeds on the mealworms.

And disappears into the wall again.

Along the road, a red-legged partridge. 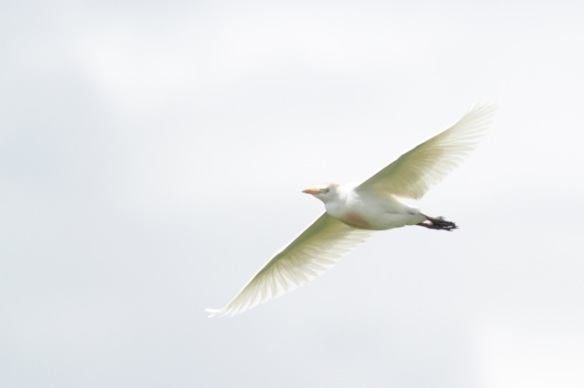 We arrive at a nesting colony where hundreds of birds live. Like this cattle egret. 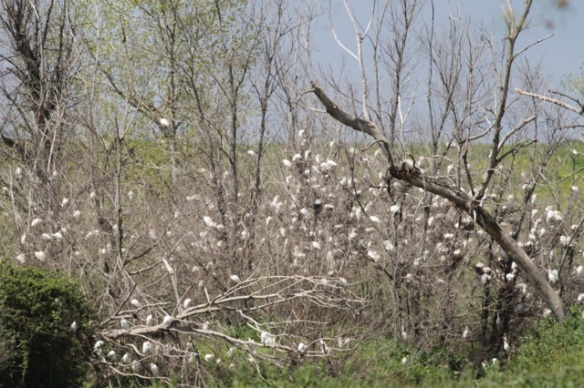 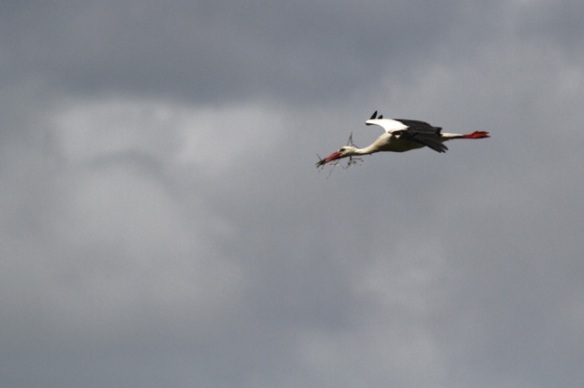 A zitting cisticola sings while flying.

A short-toed lark along the road.

We arrive at the Trujillo bullring. Lesser kestrels and spotless starlings flying.