After 12 April 2016 in Extremadura, Spain came 13 April. Where we saw this beautiful Italian orchid.

That day, we went to Monfraguë national park. Before arriving there, a red-legged partridge along the road.

Near a lake, a serin, a white wagtail, and a common sandpiper. Barn swallows and house martins. A cuckoo calls.

As we continued, a sparrowhawk flying.

We arrived at a meadow where many Italian orchids grew. A woodlark singing. A great tit calling. A griffon vulture circling in the sky. A nightingale singing.

Besides Italian orchids, also other, smaller, orchids flowering. Like this yellow bee-orchid. 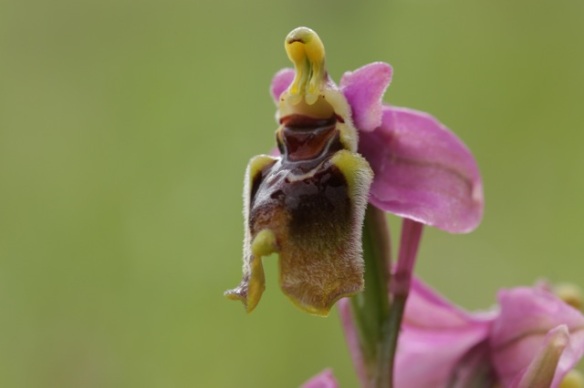 And this sawfly orchid. And mirror orchids.

And the tassel hyacinth on this photo.

We continue. Two bee-eaters and a corn bunting, together in a tree.

A little ringed plover along the road.

Griffon vultures on a meadow. A male northern wheatear.

A chaffinch sings. A buzzard flies.

We continue along the Camino natural del Tajo dirt road. 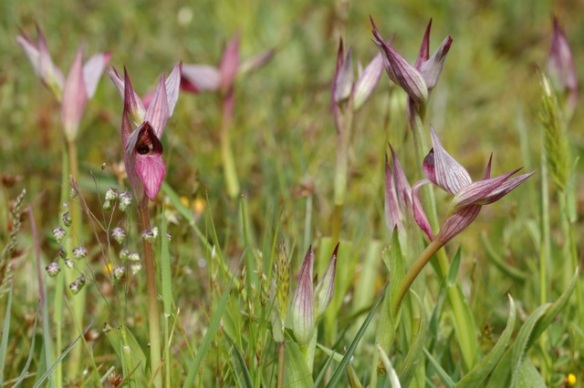 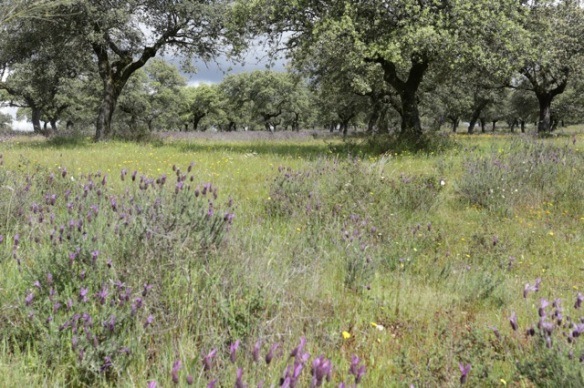 A blackbird sings. A white stork in a meadow.

In the next blog post on Extremadura we will arrive in Monfraguë national park.

43 thoughts on “Orchids, other flowers, birds in Extremadura, Spain”