Karl Pruner of ACTRA interviews Yessika Hoyos Morales, human rights lawyer and daughter of murdered trade union activist from Colombia, about the proposed trade agreement between Canada and her country – part 1 – recorded in Ottawa for Straight Goods News on 26 May 2009.

Investors and campaigners attended HSBC’s annual general meeting in London where Mr Gulliver was grilled over the bank’s £3.7 billion coal investments, in particular in US firm Drummond.

Drummond was accused of implication last year in over 3,000 murders and 55,000 displacements in Colombia.

“For as long as HSBC’s addiction to coal continues to blind them to the human rights abuses this disastrous industry entails, Stuart Gulliver and other executives at the bank are complicit in Drummond’s crimes and have blood on their hands,” said ethical investment lobbyist Move Your Money campaign manager Fionn Travers-Smith.

“One major funder has already pulled out from financing Drummond’s continued operations on due diligence grounds, citing concerns over these human rights abuses. HSBC can and must do the same.

“Failure to do so not only calls into question the bank’s due diligence policies, respect for inalienable human rights and approach to the climate crisis, it also undermines the judgment of HSBC’s board members and their ability to manage a compliant and law-abiding bank.”

Campaigners demanded that the bank keep its commitment to environmentally friendly practices, including those made at the Paris COP21 climate summit in December 2015.

Three-hundred letters have been sent to Mr Gulliver requesting that HSBC withdraw from its coalmining investments.

“Instead of cosying up to the fat cats, George Osborne needs to rein in the bank’s excesses.”

At the time the Star went to print HSBC had not yet been able to comment on the matter. 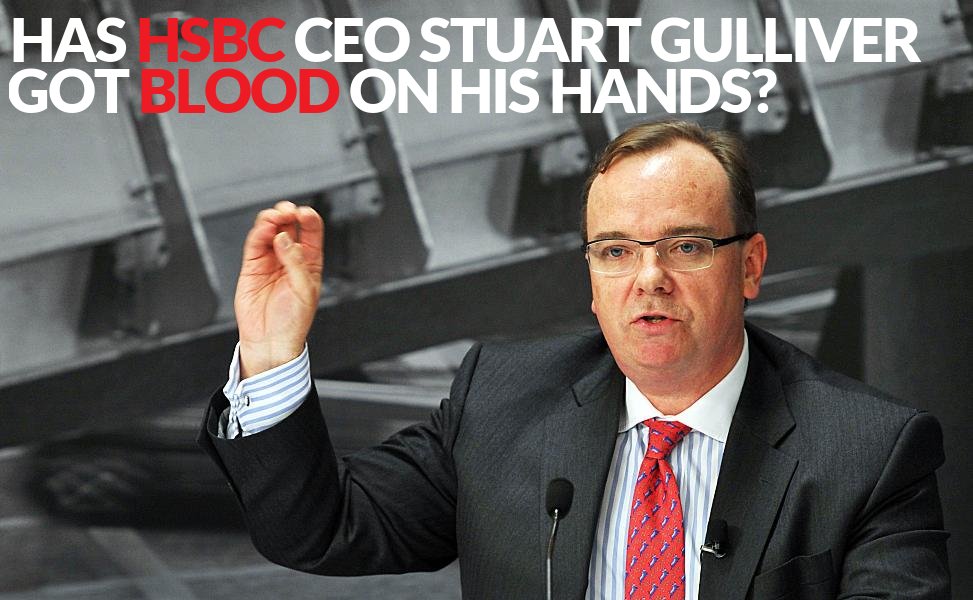