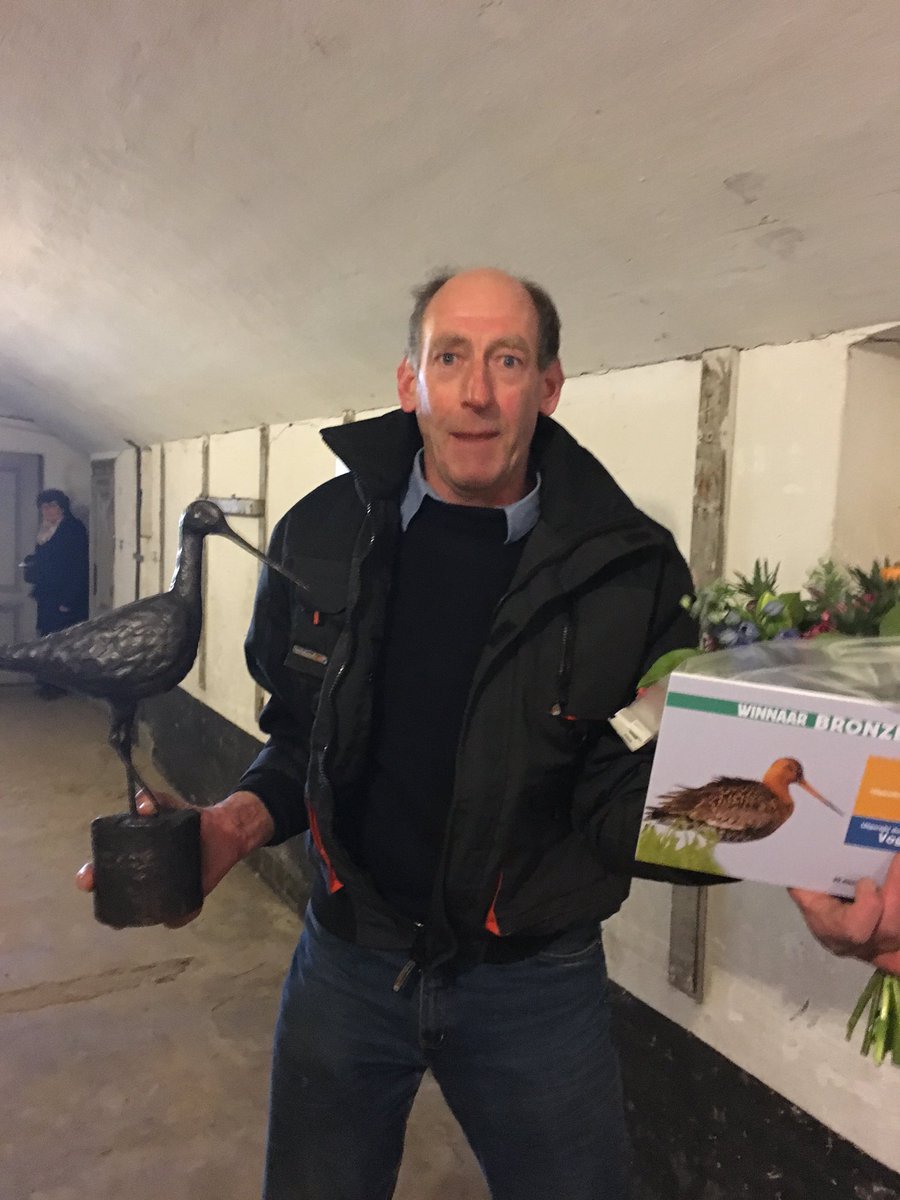 Translated from the Leeuwarder Courant daily in Friesland province in the Netherlands today:

Farmer Murk Nijdam from Wommels village won the bronze godwit award of BirdLife in the Netherlands. That was announced this Sunday morning in the Vroege Vogels radio show.

Nijdam surpasses all Dutch farmers with the highest density of grassland birds on his land.

Therefore, BirdLife wanted to reward him.

The award consists of a bronze statuette and a check for 1,000 euros. That money Nijdam should spend at his discretion on meadow birds.

The farmer was surprised. “I love doing this and will continue for more years.”