Once again, tensions ran high at another Donald Trump rally. At the Kansas City stop of Trump‘s campaign trail, protestors were pepper sprayed by the police.

Now, Donald Trump threatens to export violence from his own rallies to the rallies of his rival Bernie Sanders.

Republican presidential candidate Donald Trump has threatened to send off his supporters at the election rallies of his Democratic rival Bernie Sanders.

In a tweet Trump writes that Sanders is lying when he denies that he ordered his supporters to disrupt Trump rallies. “Be careful, Bernie, or my supporters will go to yours!” …

People who are furious about Trump’s statements about Muslims and immigrants come to the election speeches of the multimillionaire in order to voice oppositional views. Trump has said before that his opponents are supposedly tools of “our communist friend Sanders.”

Sanders issued a statement Saturday denying his campaign organized the protests and blamed Trump’s harsh rhetoric. “What causes the violence at Trump’s rally is a candidate that has promoted hatred and division against Latinos, Muslims, women and people with disabilities“: here. 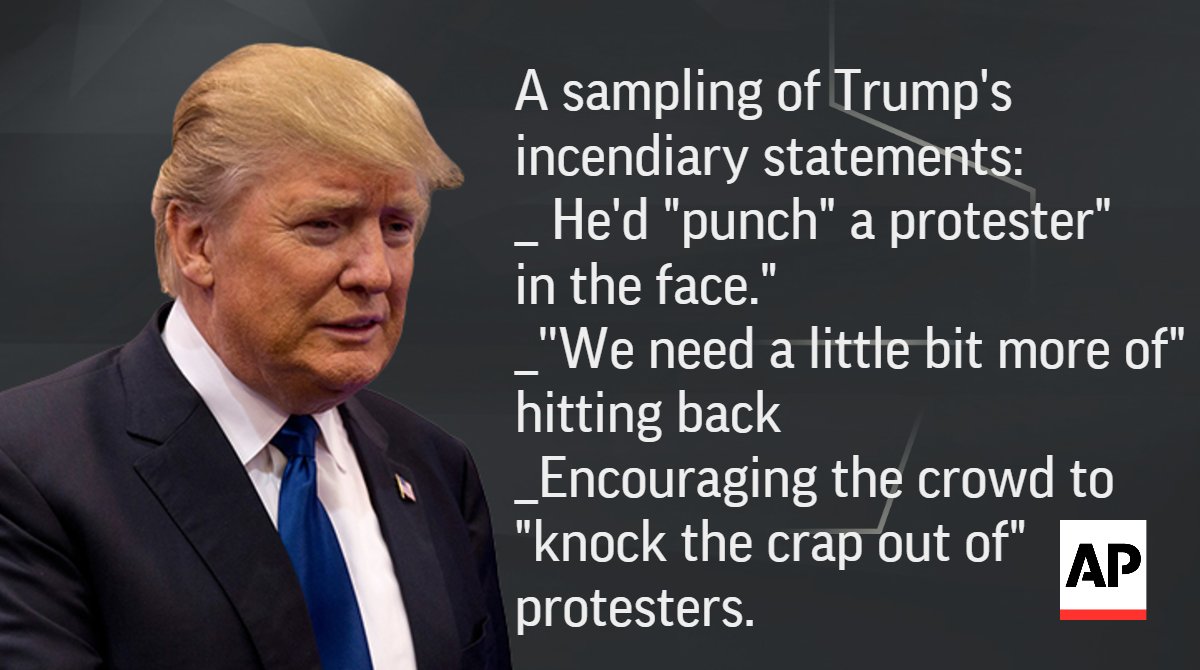 Sanders Unloads On ‘Pathological Liar’ Trump. The Vermont senator denied that he had organized a massive protest at the canceled Chicago rally: here.