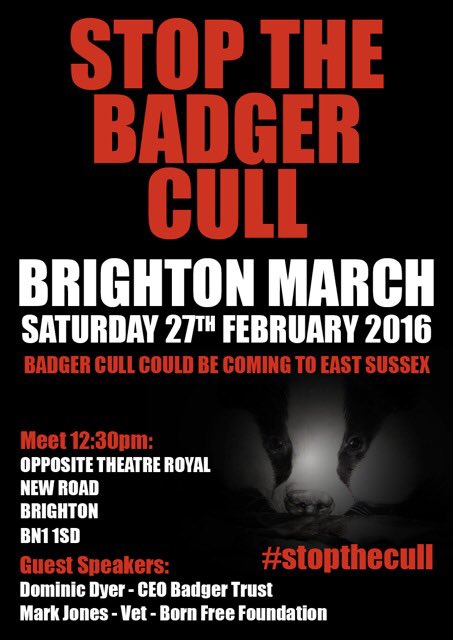 This poster announces a march against the killing of badgers in England on 27 February, in Brighton.