Funny Or Die Presents Donald Trump’s The Art Of The Deal: The Movie Trailer

Donald Trump has it all. Money, power, respect, and an Eastern European bride. But all his success didn’t come for nothing. First, he inherited millions of dollars from his rich father, then he grabbed New York City by the balls. Now you can learn the art of negotiation, real estate, and high-quality brass in Funny Or Die’s illuminating made-for-TV special feature, Donald Trump’s The Art Of The Deal: The Movie.

From UltraViolet Action in the USA today:

While people know he’s a bully, fewer people know just how scary Trump is for women. That’s why we need to spread the facts about Trump now, not later. Can you get started by sharing this today? 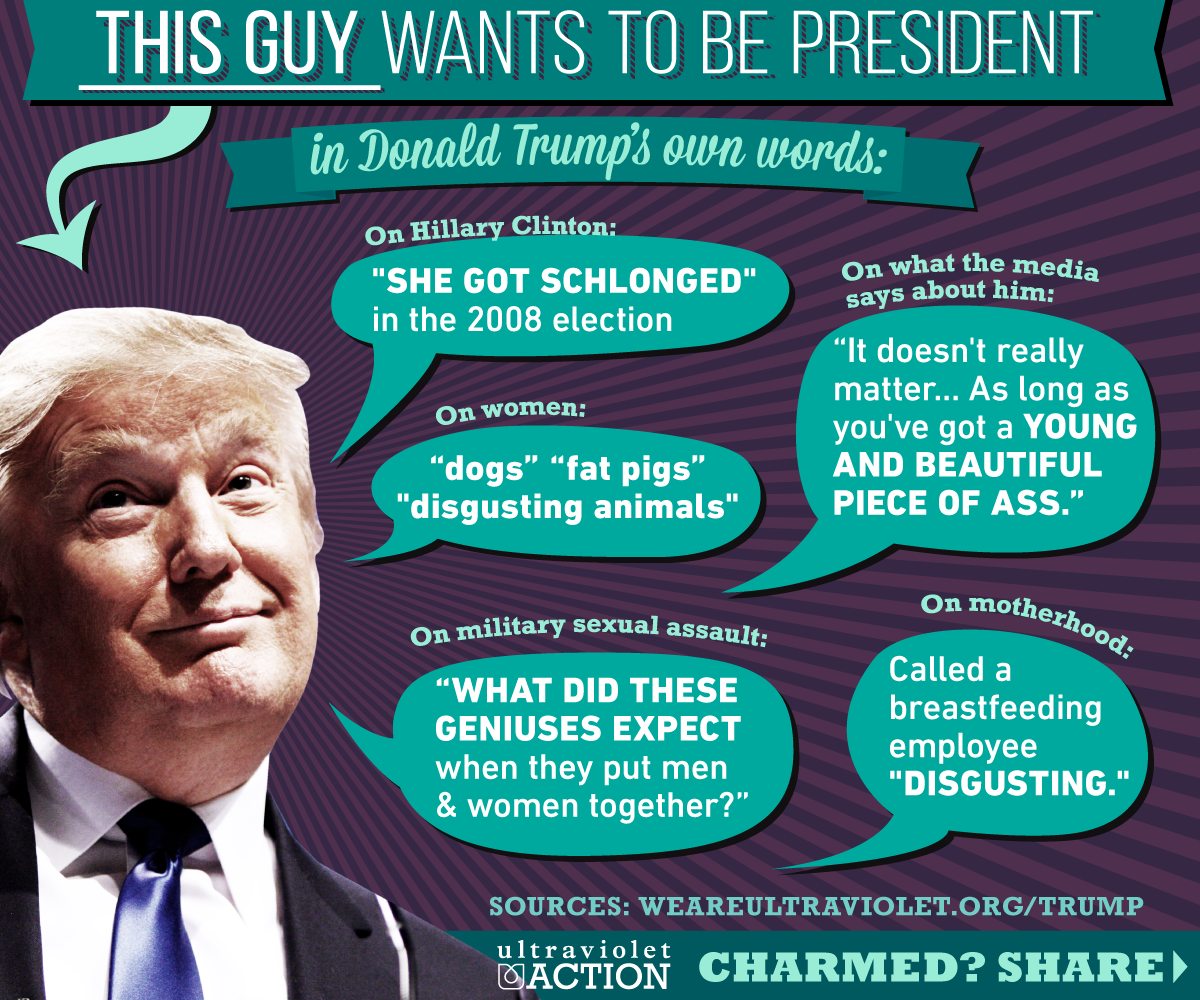 Donald Trump Isn’t Even the Worst Misogynist in the 2016 Race: here.

Only four days after his public defense of torture and “a hell of a lot worse” in US military-intelligence interrogations, billionaire Donald Trump added assassination to his foreign policy arsenal as well. Speaking Wednesday on the “CBS This Morning” program, Trump said that his solution to the US conflict with North Korea over its nuclear weapons program would be to eliminate North Korean leader Kim Jong-un: here.