Is Ted Cruz the Most Extreme Anti-Woman Candidate?

Marge Baker, People For the American Way (PFAW) & Vicki Saporta, National Abortion Federation joins Thom. Ted Cruz was endorsed by a well-known male supremacist who has argued that “abortionists” should be executed by the government. But that doesn’t even make Cruz the most extreme anti-woman candidate?

From UltraViolet Action in the USA today:

Ted Cruz is just as terrible for women. If he wins next week in New Hampshire, odds are he’ll be the Republican nominee.

In 2016, we can’t let a man with views straight out of the 1950s be president. But people don’t know his appalling record yet, and it’s all of our job to make sure that everyone knows how dangerous Ted Cruz would be for women. Can you get started by sharing this today? 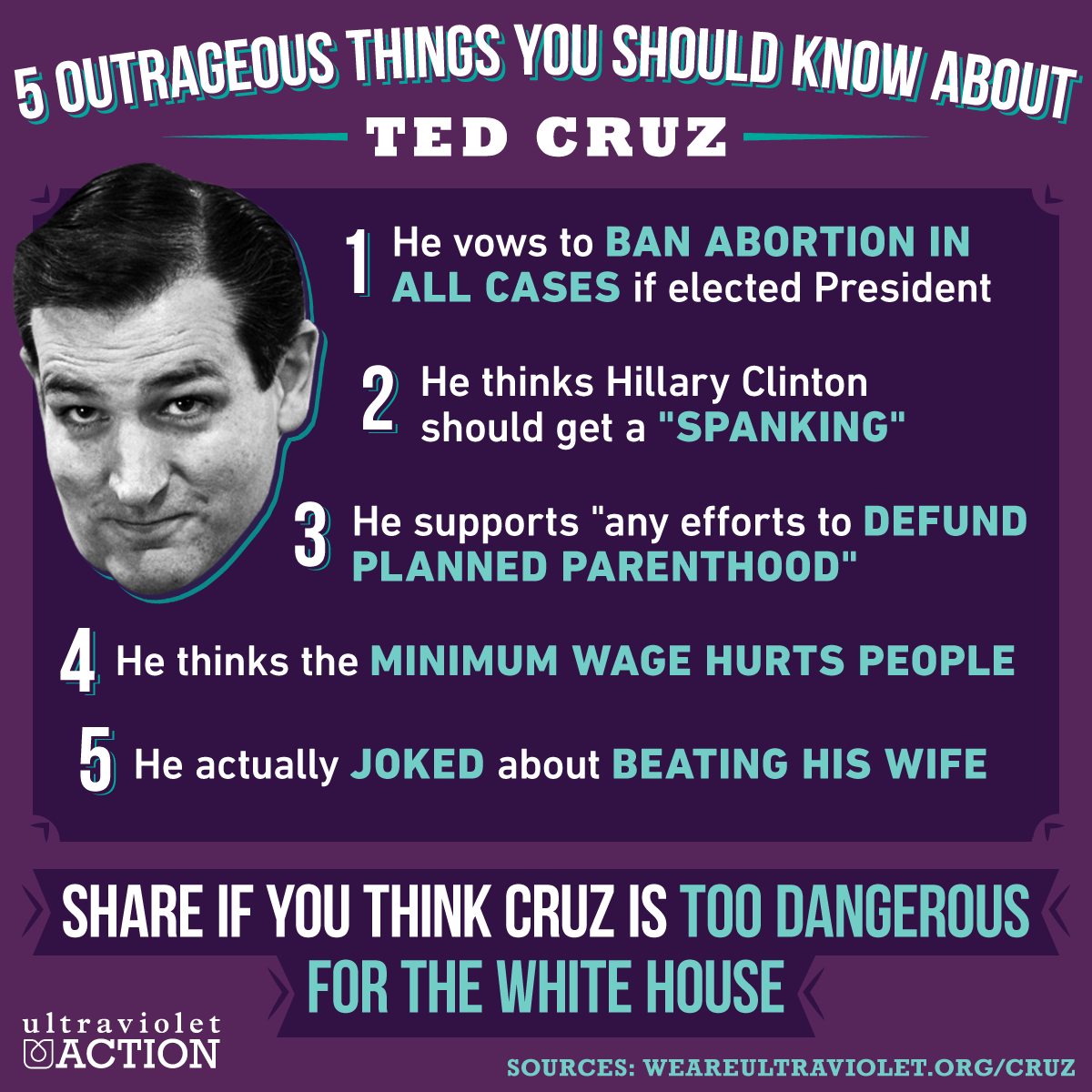 Thanks for taking action.

3. How Planned Parenthood could shut down the government, Politico, July 29, 2015

4. The Republican Approach to the Minimum Wage, Bloomberg, January 26, 2015

Actually, Ted Cruz Does Want To Round Up Every Undocumented Immigrant. Walls, border patrols and biometric scanners, oh my: here.