Translated from Hart van Nederland in the Netherlands yesterday:

In the North Holland local authority Opmeer this Friday a Siberian rubythroat has been spotted. If it is a wild bird, then it is the first time that this species is in the Netherlands.

The Siberian rubythroat is a songbird that originally is found only in Asia, especially in Siberia and northern Mongolia, China, Japan and Korea.

The bird in Hoogwoud town in Opmeer is an adult male; and is this still present today. 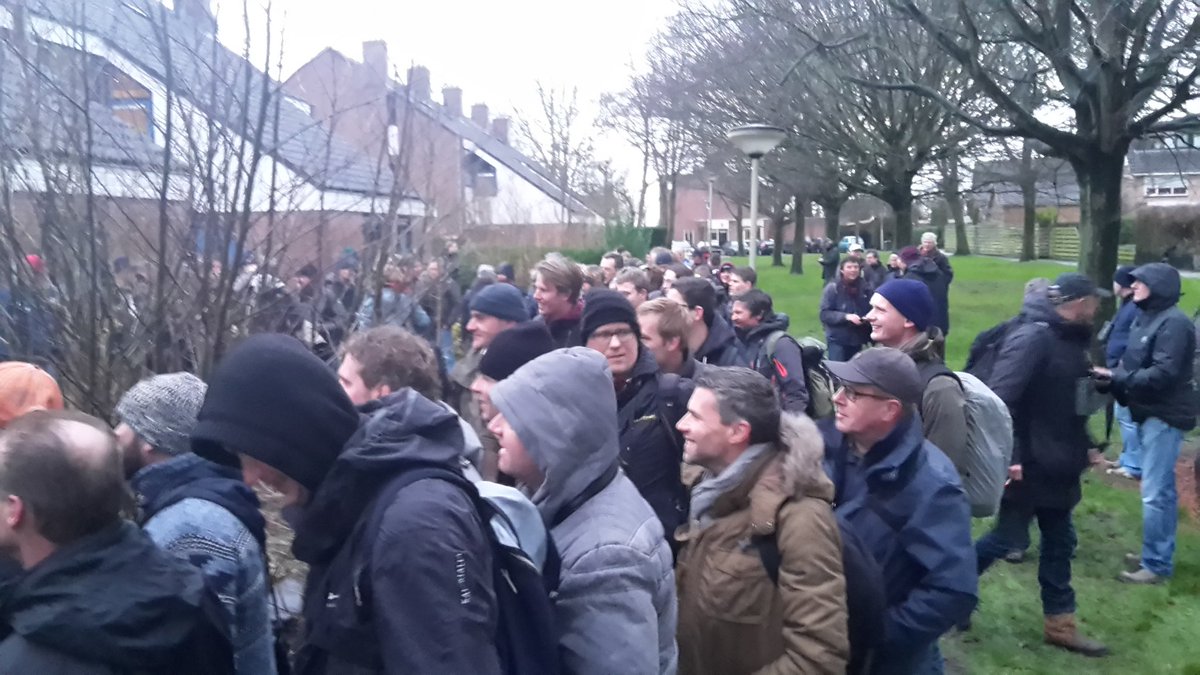 This photo, by ThomasvanderEs, shows the many birders watching the rubythroat in an Hoogwoud garden today.

6 thoughts on “Siberian rubythroat, first time in the Netherlands”