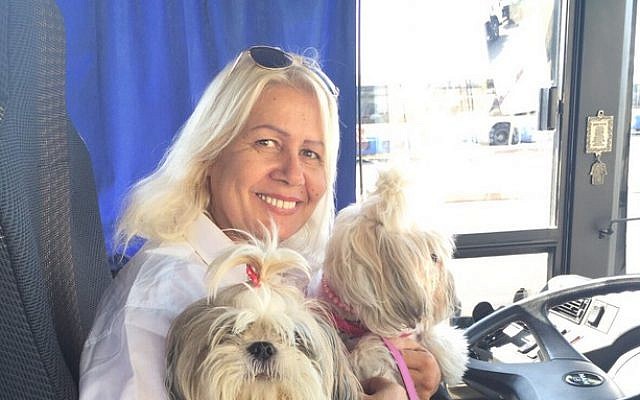 After bad news about public transport in Israel, like women having to sit at the back of buses, some better news today.

An Israeli bus driver in Tel Aviv refused to expel an Arab man from her bus. Some of the passengers demanded that, when the elderly man began to mutter in Arabic. They were afraid that he was a terrorist.

According to the Jerusalem Post the bus driver then said that anyone who feared that the man would commit an attack could get off.

“Definitely not a terrorist”

The incident happened earlier this week on the line from Petah Tikva to Tel Aviv. The driver said in an interview that she did stop the bus following the panic. “I approached the man cautiously and asked whether all was well with him and if he needed help. I saw that he was an elderly man who did not feel so well. He did not look like he was a threat to anyone. He was certainly not a terrorist.”

After that brief conversation she turned to the concerned passengers and told them that they were free to leave the bus, but that she would not expel the man under any circumstances from her bus.

Politicians in Israel and quite some other countries have a lot to learn from her.