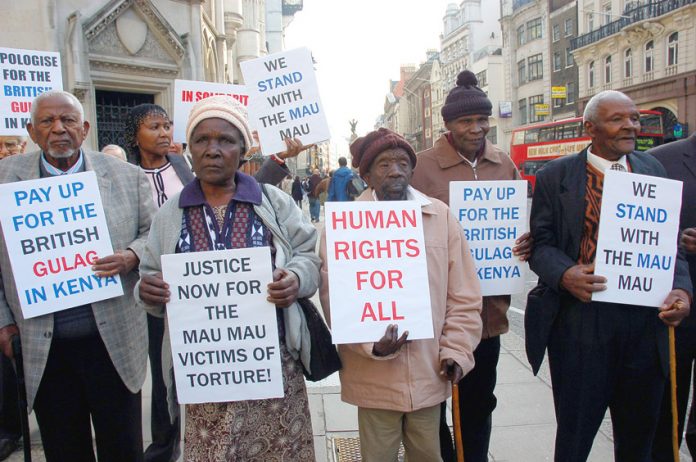 ‘Prosecute those who murdered my son’ says Colonel Mousa

BAHA Mousa’s father, Colonel Mousa, considers it is imperative that those responsible for the death of Baha Mousa, including the commanding officer, are prosecuted.

Public Interest Lawyers (PIL) said yesterday said there is little doubt that war crimes were committed by British troops in Iraq. PIL said it notes that Mark Warwick, the head of the Iraq Historical Allegations Team (IHAT), has said that in relation to the ‘serious allegations’ of war crimes committed by UK personnel in Iraq that the IHAT are investigating ‘there is significant evidence to be obtained to put a strong case before the Service Prosecuting Authority (SPA) to prosecute and charge’ British soldiers who have served in Iraq.

PIL remains concerned about the length of time it is taking the IHAT to investigate these allegations and identify potential suspects. PIL also notes that only 45 of the 1,235 cases identified by the IHAT are currently being investigated.

PIL also notes that it has been publicly accepted by the MOD that there are systemic issues and that they need to be investigated in public. There is a complete absence of any indication that the IHAT are investigating those at the top of the chain of command in the military and politically.

Although the IHAT may make recommendations to the SPA that is no guarantee that the SPA will decide to bring prosecutions. Furthermore, Mark Warwick indicated that it will be for the IHAT with the SPA to decide whether the war crimes threshold has been met in any individual case.

Given the seriousness of all of the cases now before the International Criminal Court (ICC) and recently presented to the High Court in London it is difficult to see how there can be a doubt as to whether or not war crimes have been committed.

In relation to the case of Baha Mousa Sir William Gage’s 1,400-page report published at the end of the Baha Mousa Inquiry identified over 20 culpable individuals and yet there is still no sign of a prosecutorial decision. A PIL spokesperson said: ‘PIL has 1,386 cases where the victims all make allegations of torture and ill-treatment or of unlawful killings.

‘Despite public inquires, court proceedings ongoing since 2004 and the IHAT team of investigators, there is yet to be a single prosecution resulting from IHAT’s work. This is in circumstances where there is “significant evidence” according to Mark Warwick, the head of IHAT, that war crimes may have been committed. IHAT are simply failing to investigate any military personnel, civil servants or politicians responsible for the systemic abuse.’

“Staggering” violence in Iraq: The legacy of US war and occupation: here.