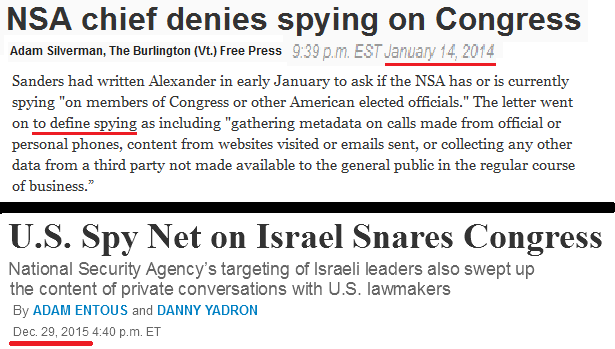 This picture is from a Twitter message by Edward Snowden today. Snowden asks himself:

From the Wall Street Journal in the USA:

By Adam Entous and Danny Yadron

President Barack Obama announced two years ago he would curtail eavesdropping on friendly heads of state after the world learned the reach of long-secret U.S. surveillance programs.

But behind the scenes, the White House decided to keep certain allies under close watch, current and former U.S. officials said. Topping the list was Israeli Prime Minister Benjamin Netanyahu.