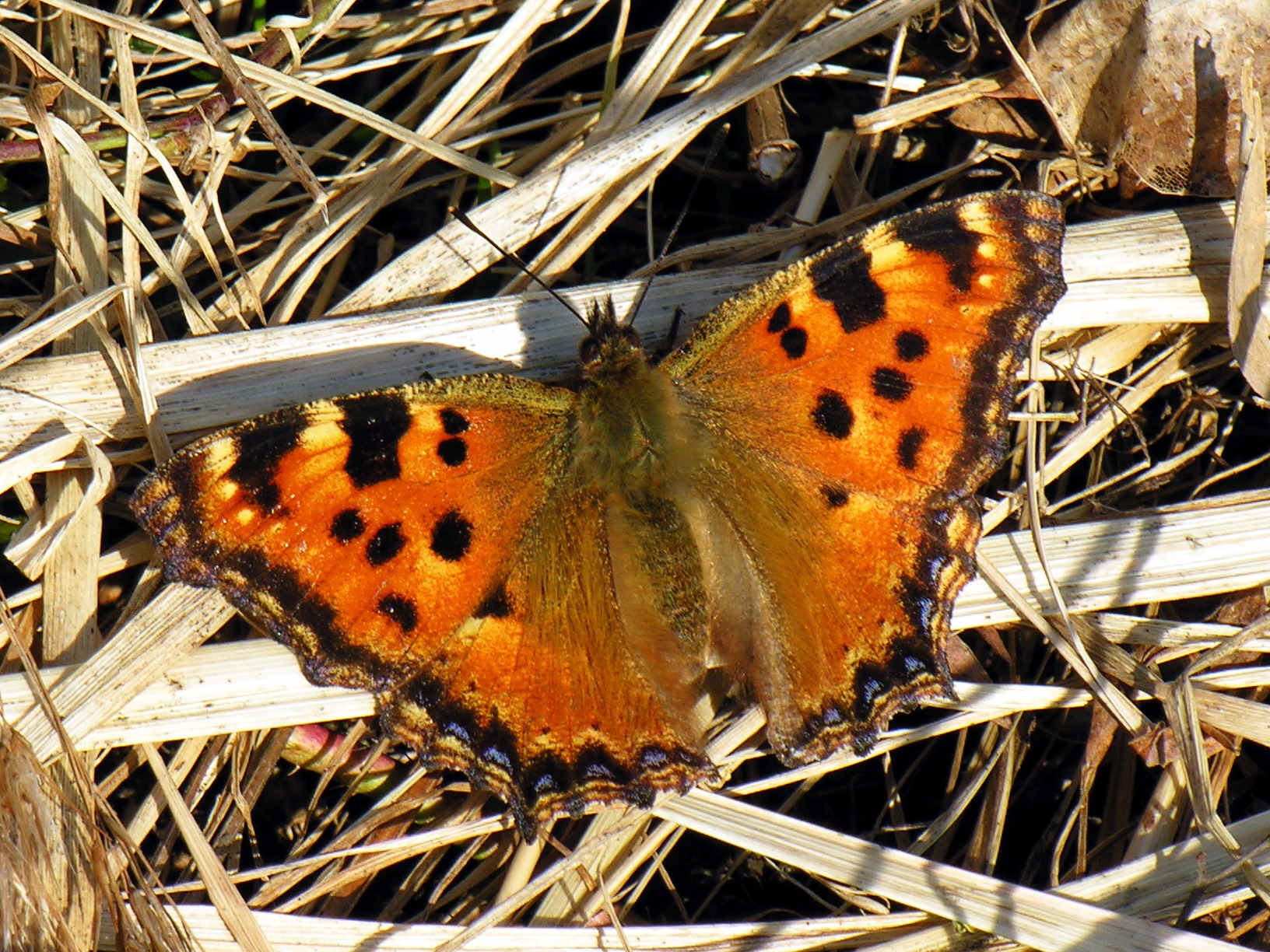 Dec 27, 2015 – People hoped and speculated that this year butterflies would be seen at Christmas. On Christmas Day the weather was not good enough, but on [sunnier] Boxing Day dozens of active butterflies were seen. The red admiral was the most numerous, but the observation of the large tortoiseshell was probably the most spectacular. …

The most commonly reported butterfly on Waarneming.nl and Telmee was the red admiral. 16 individuals were seen. In second place came the brimstone with seven animals and there were six peacock butterflies. Two cabbage white butterflies were seen flying and observers could not determine what species they were. Probably small whites, who also last week had been seen a number of times. Really spectacular was the observation by Marcel Prick and Anton Cox in South Limburg, where they discovered a large tortoiseshell. This is a very rare butterfly in the Netherlands. It remains warm [for December] and who knows how many more butterflies will be seen in this tail end of 2015.

Through close examination of genetic variation and similarities between existing populations, and comparisons of historical data regarding infestations of Pieris rapae in Brassicaceae crops, a consortium of researchers document how humans helped the small cabbage white butterfly spread from Europe across the world. Scientists from eight institutions partnered with more than 150 volunteer citizen scientists from 32 countries to detail the pest’s range and current genetic diversity: here.