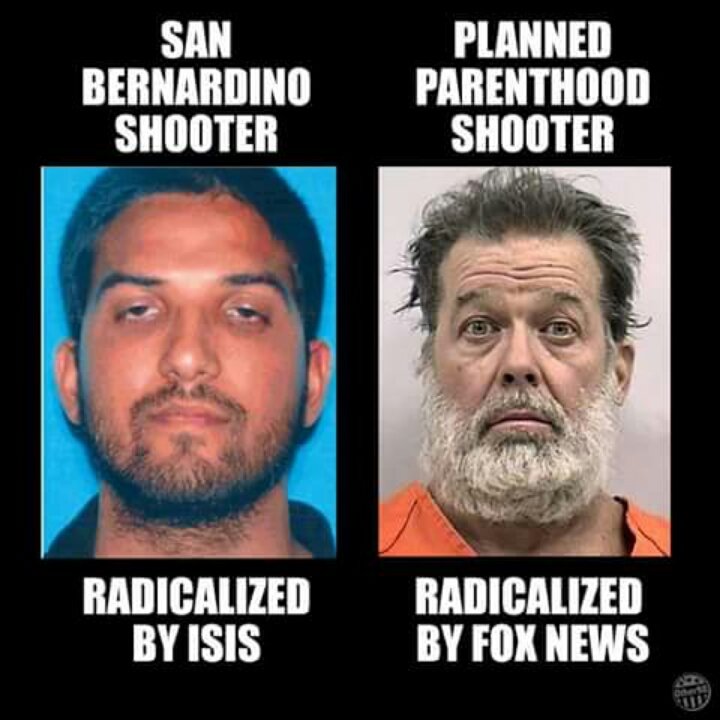 This picture from the USA shows on the left Syed Farook, who killed his fellow workers in San Bernardino, USA. And on the right, Robert Lewis Dear, who murdered people at the Planned Parenthood clinic in Colorado Springs, USA. Planned Parenthood had been smeared by Fox News and other right-wingers.

The difference between these two criminals in the eyes of Fox News and other Rupert Murdoch and other right-wing media is that, on the one hand, these media, and politicians like Donald Trump, abuse the San Bernardino crime for warmongering and hatred against Muslims who have nothing to do with Syed Farook’s crime. While, on the other hand, they depict Robert Lewis Dear as an unimportant eccentric person; and don’t abuse his murders for calling for war on fundamentalist (like Dear) or other Christians, or on white people.