A US air strike killed 36 civilians, including 20 children, in Al Khan, a small village in eastern Syria’s Hasakah province Monday.

The death toll has been confirmed by both Syrian activists and relatives of the victims. The Pentagon’s Central Command, which oversees US military operations in Iraq and Syria, merely stated that it was conducting a “credibility assessment” to determine whether the reports merited an investigation.

The area of Monday’s air strike is an active war zone, where mostly Kurdish forces have been attempting to dislodge fighters of the Islamic State of Iraq and Syria (ISIS).

Citing the activists and relatives of the victims, the McClatchy news agency reported that villagers in Al Khan had come into conflict with ISIS and demanded that they leave, resulting in a gun battle.

“The Islamic State sent reinforcements to the village…and coalition jets targeted the convoy,” Khalil Khatouny, 27, who fled earlier to Germany, told McClatchy. The air strike, however, hit the village itself. He said that five of his own relatives were killed including a cousin, Ali Suleiman Obaid, Obaid’s three daughters, Suhair, Sidra and Tasneem, and a son, Mohammad.

Since the launching of the air war against Syria in September 2014, the Pentagon has conducted nearly 7,000 strikes. In all that time, the US military has acknowledged only one civilian death caused by a November 2014 bombing raid.

The news of the mass killing of civilians in eastern Syria came just one day after the Syrian government charged that US warplanes struck a government army base, killing three soldiers and wounding another 13.

It was the first report of an American air strike directed against Syrian troops, although Washington has since the outset of the air war refrained from carrying out any attack against ISIS forces that could weaken them in armed clashes with the Syrian army. Washington’s overriding aim in Syria remains that of regime change, i.e., the ouster of President Bashar al-Assad and imposition of a more pliant US puppet government in Damascus.

It is evident that the US military has stepped up its bombing campaign to compete with Russia’s intense air war. The inevitable result is an increase in the death and destruction inflicted on the Syrian people, together with a growing danger that the so-called war on ISIS will give rise to a direct military confrontation between the two nuclear-armed powers.

As the air strikes intensified in Syria, the US-backed monarchy in Saudi Arabia hosted a meeting Tuesday bringing together so-called Syrian rebels and a collection of exile politicians tied to various foreign regimes and intelligence services.

While the Al Nusra Front, Syria’s Al Qaeda affiliate, was excluded from the talks in Riyadh, representatives from both Ahrar al-Sham and Jaish al-Islam were present. Both militias are composed of Salafist militants, seeking the creation of an Islamic state in Syria. Both collaborate closely with Al Nusra and both are rabidly sectarian, railing against Shia, Alawites, Jews and Christians and carrying out sectarian killings. In the case of Ahrar al-Sham, its senior leaders were drawn from Al Qaeda.

In an official statement describing these elements, the Saudi regime said that “all Syrian moderate opposition segments” had been invited to the meeting, which is scheduled to last three days. The ostensible aim is to create a unified opposition able to negotiate a “political transition” with Assad’s government.

In fact, only Sunni Islamist elements backed by Saudi Arabia, Qatar and Turkey were invited to the meeting. Syrian Kurdish factions and their allies, who have received US backing and armaments in their fight against ISIS, were excluded. They, together with some Arab tribal and Assyrian allies, held their own meeting in eastern Syria.

While Washington appears to be prepared to embrace the Islamist militias invited to Riyadh as “moderates,” using aging Syrian exiles to give them something of a political cover, within the US itself these same groups are treated as “terrorists.”

The Washington Post reported Tuesday on the arrest and indictment of Amin al-Baroudi, an American citizen of Syrian origin, on charges of providing firearm scopes, tactical vests and other supplies to Ahrar al-Sham. Federal prosecutors in the case charged that the group “frequently fights alongside Jabhat a-Nusra, which has been designated by the United States as a foreign terrorist organization and operates as al-Qaeda’s official branch in Syria.” It added that its goal was to “install an Islamic state in Syria.”

Even as Washington and its allies talked of unifying the groups opposed to both ISIS and Assad in preparation for the so-called transition, Reuters reported that groups backed by Washington, including the YPG, the Syrian Kurdish militia and its Arab allies, have been engaged in pitched battles with militias backed by Turkey and Saudi Arabia, including the Levant Front, fighting alongside Ahrar al-Sham and al Nusra Front.

The fighting has taken place in northern Syria near the Turkish border, which Washington and Ankara claimed they were committed to clearing of ISIS elements. The Turkish government, however, is far more concerned about the growing influence of the Kurdish forces, which have established their own government in areas of northern Syria that they control.

According to Reuters, the fighting has also spilled over into the city of Aleppo, where “insurgents shelled the YPG-controlled Sheikh Maqsoud neighborhood, and the YPG opened fire from there on the main road that runs north of the city toward Azaz.”

US Secretary of State John Kerry said that he was hopeful that talks on ending the Syrian war would reconvene in New York City on December 18, adding that this would depend on developments this week, including the conference convened by the Saudis.

The Russian Foreign Ministry, however, said that it was “premature” to set such a date. “Not having a collective understanding of who in Syria is a terrorist and who is an opposition member, it is impossible to hold talks on the internal Syrian political process or on such an important and urgent matter as the ceasefire,” the Foreign Ministry said in a statement. 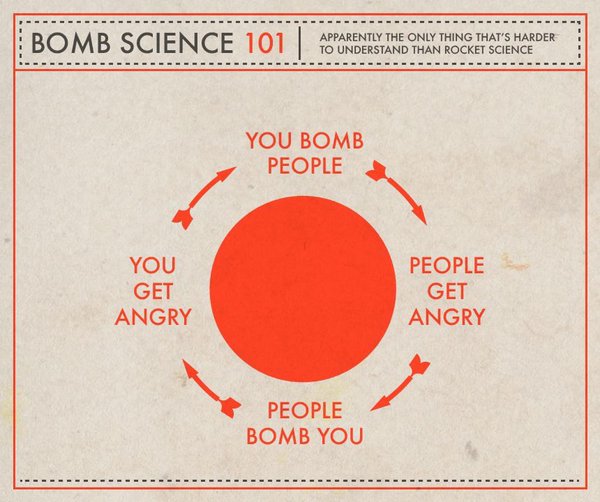