As London Fashion Week draws to a close, the debate continues about whether models are too thin. A parliamentary group is taking a look at whether the law needs to restrict the use of “ultra-thin” women.

Italy, Israel and Spain have all passed bills banning the use of ultra-thin fashion models, with France the latest to adopt a new law.

In Britain, a petition has been launched to that end by model Rosie Nelson.

She told BBC Newsnight that she would like a law enforced where models had to undertake health checks.

In Britain, and in many other countries, there is not just pressure, especially on young people, to accept unjust ‘zero hours contracts’.

There is also direct pressure, especially on young women in the fashion industry, to accept the ‘size-zero look’.

This direct pressure also leads to indirect, societal, pressure on other young and not so young women, who see ‘size-zero’ models depicted everywhere, and may be pressured to accept these models as ‘role models’. This may cause smoking, drinking alcohol, anorexia and other serious health problems. 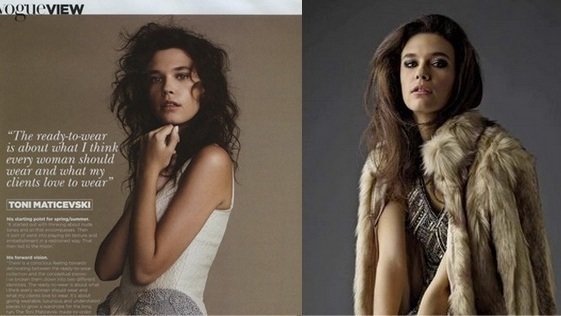 Model calls for action over pressure for size-zero look

A FASHION model lobbied the government yesterday to regulate the industry after irresponsible agents told her to lose weight “down to the bone.”

Rosie Nelson is demanding that agencies look after young models’ health as the firms made constant demands on her body image that left her feeling “like a slave.”

She said she had tried to lose more weight, but she “physically couldn’t” after subjecting herself to eating mostly steamed vegetables, taking no exercise and “avoiding just everything.”

Hundreds of girls have contacted her, she said, to say that they were “becoming anorexic” and “doing drastic things to get ahead as a model.”

The 23-year-old delivered a petition of more than 114,000 signatures to 10 Downing Street.

Models should be given nutrition advice by doctors and regular check-ups to make sure no long-term damage is being done to organs if they choose to lose weight, said Ms Nelson.

On a 10-hour photo shoot, no food was provided as there was an “underlying message that you shouldn’t eat,” she wrote in the Change.org petition.

Ms Nelson added: “It makes you feel horrible about yourself, knowing that you’re not OK the way you are. I felt really bad about myself. My body didn’t look good. I didn’t feel good about myself.”

“The reality of it is I am healthy the way I am, and if they can’t accept that, then it’s their loss,” she continued.

The petition was followed by an inquiry with industry professionals at Westminster, attended by plus-size model Hayley Hasselhoff, daughter of US actor David Hasselhoff, and MP Caroline Nokes.

Earlier this year, MPs in France voted to make it a criminal offence to hire undernourished models, punishable by hefty fines or even six-month prison sentences.

Size 8 model Elizabeth Holland speaks out about depression after being told to ‘shrink overall’ by modelling agency. ‘It did more damage to my mental health than my physical health’: here.