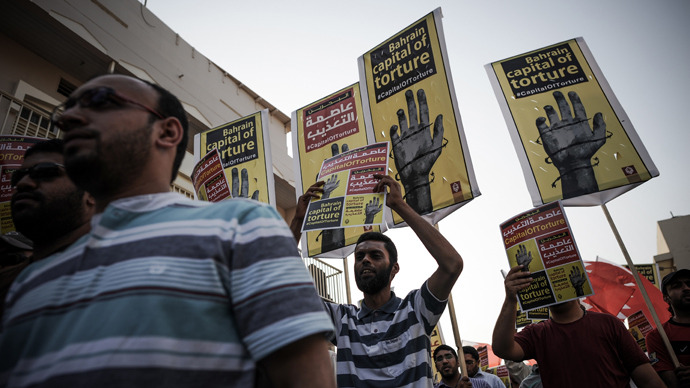 Bahrain’s security forces torture detainees using electric shocks, beatings and sexual abuse, despite a public pledge by the king of Bahrain four years ago to end such practices, according to a report released on Monday by the New York-based Human Rights Watch: here.

Human Rights First today urged the U.S. government to increase pressure on the Bahraini regime to implement all 26 recommendations from the Bahrain Independent Commission of Inquiry (BICI) four years after the report’s release: here.

Bahrain authorities violate the rights of hundreds of children against the convention on the Rights of the Child: here.