22 November 2015 was a rather cold day, with every now and then rain or hail. We went to the Duivenvoorde and Horsten estates. On a pile of logs on Duivenvoorde, there was this Black bulgar fungus.

A robin sat on the logs as well.

A hare ran away. A wigeon flock flying overhead.

Hawthorn berries on a tree.

A bit further, fieldfares and redwings in treetops. And a big starling flock.

In the Horsten, coal fungus growing on an old tree stump.

On a meadow, many gray lag geese and great white-fronted geese.

And trees in the woodland … 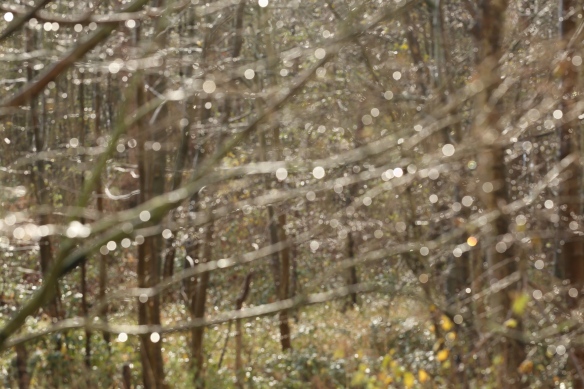 … with many raindrops on their branches because of today’s weather. 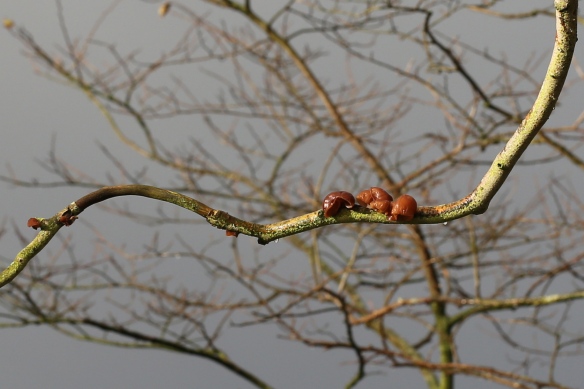 Jelly fungus on a tree branch; a species better at surviving winter than most other fungi.

As we go back to Duivenvoorde, a kingfisher sits on a big tree stump along a canal.

Some fly agaric fungi; rare in this region.

3 thoughts on “Kingfisher and fungi”