On 1 November 2011, to the nature reserve where I once saw Baillon’s crakes. Today, we saw this teal male: one of scores which had come there to moult.

Near the entrance: gadwall ducks swimming. Behind them, a northern shoveler.

A lapwing tries to drive away a circling buzzard.

As we walked on the new footpath across the northern meadow, a kestrel flying overhead.

A robin on a bush near the railway.

In the southwestern part: six barnacle geese. Always one goose as a guard, looking around … 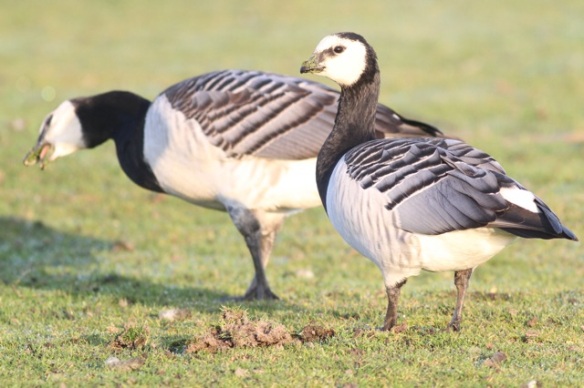 … while the other five kept grazing. 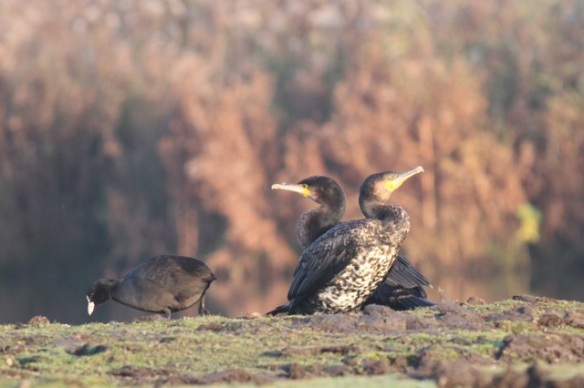 Ten great cormorants, and a coot. 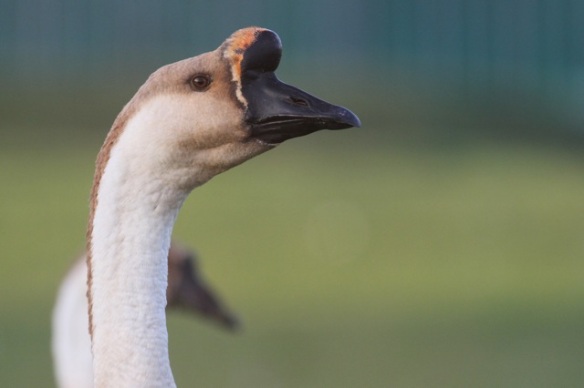 At a farm, a flock of swan geese. A species, originally domesticated in China.

It catches a small fish.